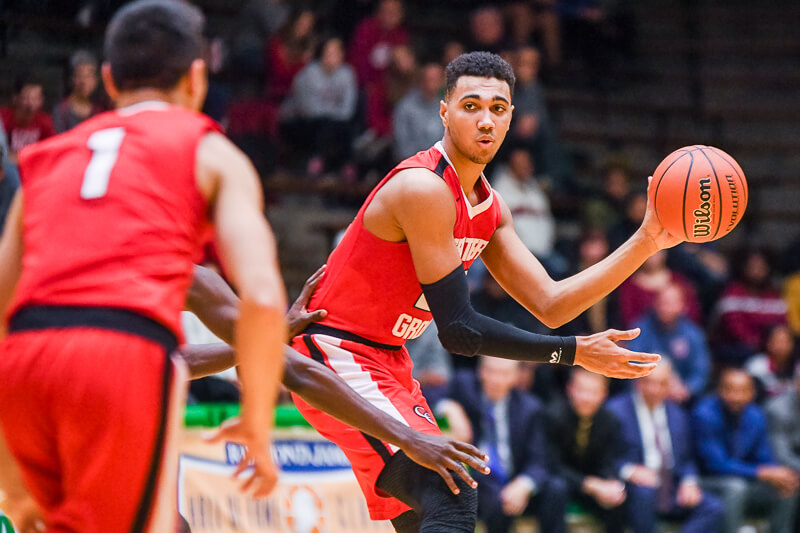 LOUISVILLE, Ky — Right from the start the Indiana All-Stars took it to the Kentucky All-Stars, exploding to a 19-4 lead.

Indiana’s defense was tight, using full-court pressure at the beginning, and it’s offense got out in transition and played at a fast pace, which led to a few dunks for Indiana commit and Mr. Basketball Trayce Jackson-Davis.

The biggest poster of the night came when Jackson-Davis received the ball on a fast break and rose up over Kentucky’s Reid Jolly for a left-handed flush, flexing his muscles at Jolly after the dunk.

“We brought it to them,” Jackson-Davis said. “We were playing great defense all around.”

Kentucky would mount a bit of a comeback midway through the first half, but before the 20 minutes expired Indiana pushed it back up to a 22-point lead. Purdue commit Isaiah Thompson led all scorers at halftime with 14 while Jackson-Davis added nine.

Indiana continued its dominance in the second half, outscoring Kentucky 49-38 to take the 97-64 victory at Bellarmine University.

“We wanted to send a message,” Franklin said. “We know the seniors lost here last year and we didn’t want that to happen to us this year. We wanted a clean sweep. So tonight, we had to set the tone.”

Leading the way for the Indiana All-Stars was Purdue commit Brandon Newman with 18 points, and Thompson ended with 17.

For the Kentucky All-Stars, no player finished in double digits as JJ Kalakon scored nine points. But 2019 Kentucky Mr. Basketball Dontaie Allen did not play as he still recovering from a torn ACL. Allen is committed to Kentucky.

This marks the second win for the Indiana All-Stars, who defeated the Indiana Junior All-Stars Wednesday night at New Castle High School. Indiana and Kentucky will have a rematch at 8 p.m. Saturday night in Bankers Life Fieldhouse.