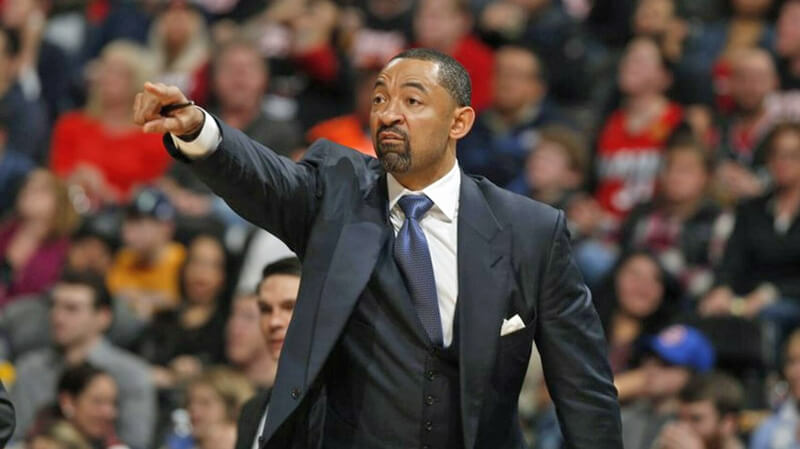 Summer is nearly here, but Big Ten roster additions continue as does some attrition. In addition, news broke on Thursday that after a 10-day search, Michigan is replacing John Beilein with Miami Heat assistant and former Wolverine Juwan Howard.

With that in mind, it’s time for another updated look at who is coming and going in the Big Ten for the 2019-20 season.

(Note: This is the fifth post in a series that will be updated multiple times in the coming months. In most instances, only scholarship players are included. If we missed anything, please email corrections to [email protected] or post in the comments.)

Notes: Right now, Illinois is at 10 scholarship players next season as the status of commit Bernard Kouma appears to be up in the air. Kouma committed back on April 8, but Illinois curiously did not announce his signing during the late period, which ended on May 15.

Notes: Indiana still has two scholarships remaining for next season assuming Green, Durham Jr. and Smith return to school. The deadline for all three players to withdraw from the NBA draft is May 29.

Notes: Wieskamp is returning to school after testing the NBA draft waters, but the Hawkeyes could be without Bohannon next season, which would be a major problem.

Notes: Fernando is staying in the draft, but the status of Cowan is still to be determined.

Notes: Michigan has a new coach in Juwan Howard, but Jalen Wilson is no longer committed and Poole, Brazdeikis and Matthews are all staying in the draft. The first order of business for Howard? Hire a staff and attempt to re-recruit Wilson.

Notes: With less than a week to go until the deadline to withdraw from the draft, Coffey’s decision is still up in the air.

Notes: Since our last update, Fred Hoiberg added Curtis, Ohio’s Mr. Basketball in 2019, a sitout transfer from Tennessee in Walker Jr. and Cross, a power forward from Arkansas.

Notes: On paper, Northwestern looks like one of the Big Ten’s worst teams heading into the 2019-20 season.

Notes: The Buckeyes are still awaiting official word from Wesson, who is working out for NBA teams but is expected to return to school.

Notes: The Stevens stay or go decision remains one of the biggest in the conference.

Notes: The Scarlet Knights return just about every notable piece and should be ready for another step up in the Big Ten standings next season.

Notes: The Badgers are tough to project following the graduation of Happ, one of the most decorated players in program history. Wisconsin is reportedly the favorite to land the Hauser brothers, who are transferring from Marquette.