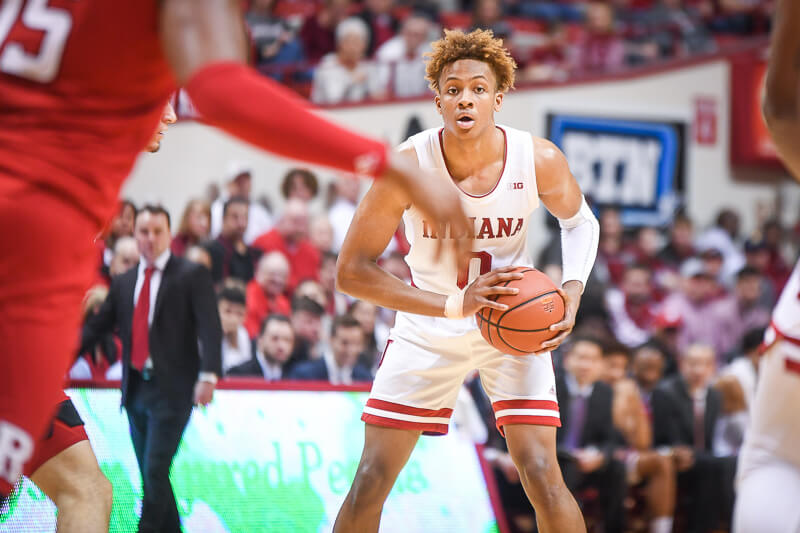 Indiana freshman guard Romeo Langford, who is among over 200 underclassmen who declared for the 2019 NBA draft, has signed with an agent.

In a tweet published Thursday, Catalyst Sports + Media announced the signing of Langford, who is a possible lottery pick in June’s draft.

Although new NCAA rules allow underclassmen to sign with an agent and test the NBA draft waters without losing their eligibility, Langford is expected to remain in the draft.

According to HoopsHype, other NBA players represented by Catalyst include Marcus Smart, Iman Shumpert, Moe Harkless, Jerami Grant, Landry Shamet and several others.

Sacramento Kings guard De’Aaron Fox had been represented by Catalyst, but recently left the agency, according to multiple reports.

Langford, who averaged 16.5 points in 32 games for the Hoosiers last season, was an All-Big Ten second team selection and was also named to the league’s All-Freshman team.

Langford missed Indiana’s three NIT games last month with a back injury that he sustained in a Big Ten tournament loss to Ohio State at the United Center in Chicago. He also reportedly underwent surgery recently to repair a torn ligament in his thumb.

“I think it’s fair to say that we never got a chance to see me at my best at the college level, especially since I’ve been playing with basically a cast on my thumb the whole season,” Langford told ESPN.com earlier this month. “Obviously that throws off your shot. Even though I didn’t shoot as well as I’m capable of, I feel like I shot the ball pretty well in the second half of the season.”

Here is where Langford stands is ranked in the most recent mock drafts and big boards: