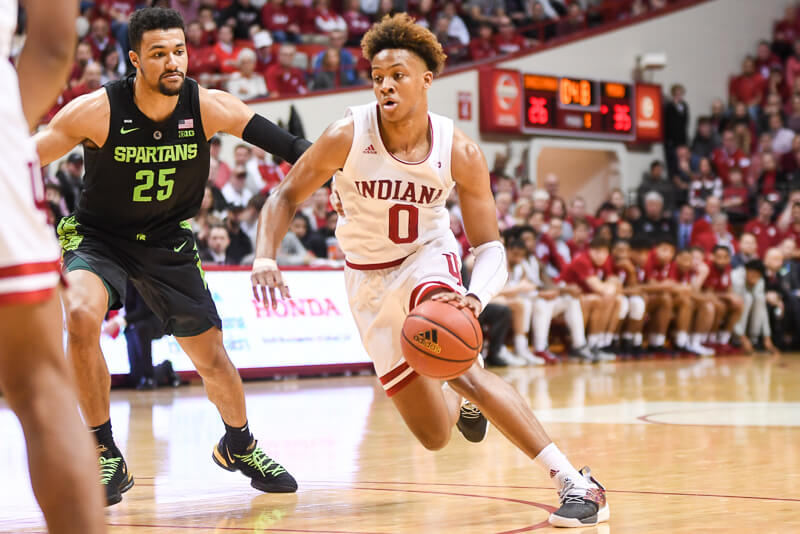 Four Indiana underclassmen have entered their names in the 2019 NBA draft according to the league’s early entry list released late Tuesday night.

Freshman Romeo Langford, junior Devonte Green and sophomores Al Durham Jr. and Justin Smith are among the 233 players on the list published by the NBA.

Of IU’s four early entries, only Langford is expected to remain in the draft. However, the other three underclassmen will be able to speak directly to NBA teams, workout and receive feedback as a result of their decision to declare for the draft.

Under NCAA rules, the deadline to withdraw from the draft while retaining eligibility is Wednesday, May 29.

Other Big Ten players on the early entry list include: