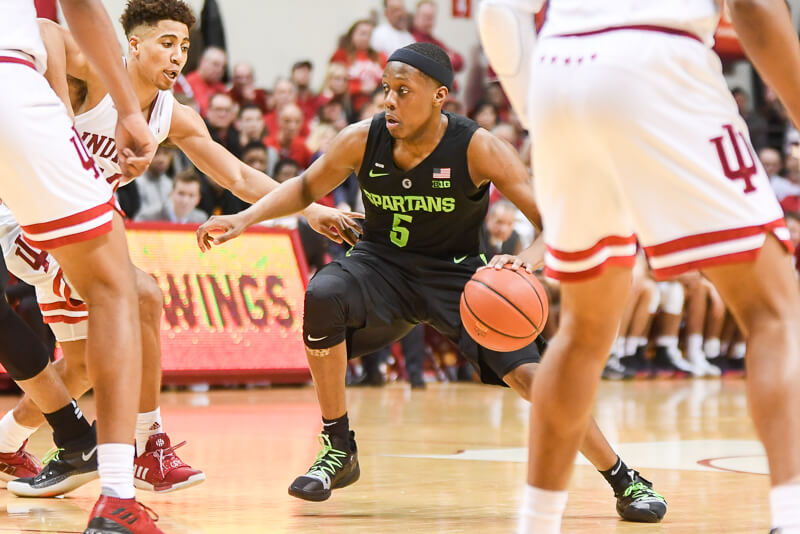 With the spring signing period in full swing and the deadline to declare for the 2019 NBA draft now in the rearview mirror, it’s time for our first updated look at who is coming and going in the Big Ten for the 2019-20 season.

(Note: This is the second post in a series that will be updated multiple times in the coming months. In most instances, only scholarship players are included. If we missed anything, please email corrections to [email protected] or post in the comments.)

Notes: The Illini are a top half Big Ten team entering next season with nearly every notable piece returning, including Dosunmu, who didn’t even test the NBA draft process.

Notes: The Hoosiers added Brunk, a Butler grad transfer, last week. But Archie Miller still needs to address the biggest issue on this roster: a lack of perimeter shooting.

Notes: The Hawkeyes are likely to lose Cook to the draft, but Wieskamp looks like a near certainty to return for his sophomore season. Iowa should be a NCAA tournament team again next season.

Notes: Mark Turgeon is hoping that Cowan will return for his senior season in College Park to lead a talented roster that will also include a likely 2020-first round pick in Smith.

Notes: The Wolverines had three players enter the draft and it seems unlikely that any of them will be on next season’s roster. As a result, John Beilein is in hot pursuit of William and Mary grad transfer Justin Pierce and German Franz Wagner, the younger brother of Moritz Wagner.

Notes: The Spartans return one of the preseason favorites for national player of the year in Winston, but are likely to lose Ward to the NBA draft.

Notes: If Coffey comes back, Minnesota could be an NCAA tournament team. If he doesn’t, the Gophers are unlikely to finish in the top half of the conference.

Notes: Fred Hoiberg already added a grad transfer in Cheatham, but he won’t be the last addition this spring for the Huskers. Expect Nebraska to stay active on the transfer market to fill out next season’s roster.

Notes: The Wildcats add a very solid recruit in Beran, but lose three of their top players in Law, Pardon and Taylor. It could be another long season in Evanston for Chris Collins.

Notes: The Buckeyes look like a top tier team in the Big Ten if Wesson returns to school.

Notes: The Stevens stay or go decision is one of the biggest in the conference. With him, it’s possible that the Nittany Lions could challenge for an NCAA tournament berth. Without him, Pat Chambers could be staring down the barrel of another sub-.500 season.

Notes: Edwards is staying in the draft, but Matt Painter has a solid returning nucleus and also adds a very good shooter in Newman, one of the top prep players in Indiana this past season.

Notes: Slowly but surely, Steve Pikiell is building a respectable program in Piscataway. If Baker and Omoruyi make another offseason jump, it’s possible that the Scarlet Knights could make a postseason tournament next season.

Notes: The Badgers are tough to project following the graduation of Happ, one of the most decorated players in program history.