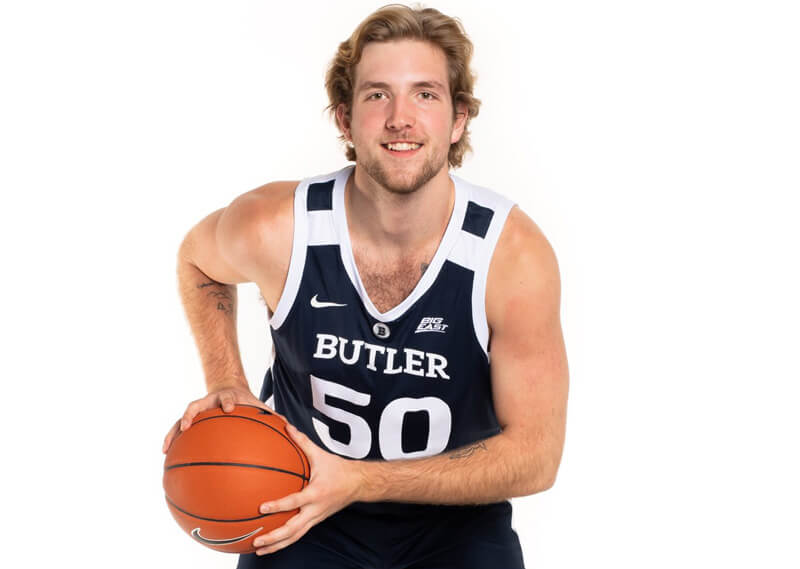 Butler grad transfer Joey Brunk announced his commitment to Indiana on Tuesday and on Wednesday morning, he spoke to Inside the Hall about his decision.

“They’ve been great. I was so excited to get it out there and get it out to the public. I got done working out with Trayce (Jackson-Davis) down at Center Grove and sent the tweet out, went home, got cleaned up and had a bunch of family and friends over to grill out and celebrate. It was awesome, it was awesome.”

On when he knew Indiana was the choice for him:

“I had a pretty good feeling probably Sunday night-ish. I really, really enjoyed it, but kind of on Sunday, it was ‘okay, this is the place for me, this is where I need to be.'”

On whether his career is coming full circle finishing at IU after growing up following the program:

“I think that’s exactly it. Timing is everything. So I’m so grateful for the opportunity to play for coach (Archie) Miller. I think we’re going to have a lot of fun the next two years.”

On what it was about the coaching staff that made him feel comfortable with IU:

“I wanted wherever I was going to go, I wanted to be their guy. I wanted to have that relationship with the head coach and with the assistants. My freshman year, I played for coach (Ed) Schilling at Park Tudor and I really loved getting to talk to coach (Tom) Ostrom and kind of starting to build our relationship. Coach Miller and I had a lot of really good talks. So it was a cumulative effect of that all coming together and it just felt right.”

On his relationship with Trayce Jackson-Davis:

“We both work with the same skills trainer, Jason Smeathers. Jason kind of got us together just go to against each other as two bigs so you get live reps against someone your size. We’ve probably worked out together ten times or so and we’ve started to develop our friendship. We’ll both have someone that we know when we report this summer.”

On what the practices will be like going against Trayce and De’Ron Davis:

“I think practice is going to be real competitive. I think that we’re all going to go at each other and push to make each other better. Like I said earlier, I think we’re going to have a lot of fun over these next couple of years and develop a lot of really good relationships and hopefully win a lot of games while we’re doing it.”

On the degree he will receive from Butler and what he’s planning to study at IU:

“I’ll have my degree in elementary education here in three or four weeks from now. While I’m at Indiana, I’m planning on studying sports management.”

On what he’ll remember from his time at Butler:

“Wow, there’s a lot of good that happened. I developed a lot of great friendships. Paul Jorgensen, Sean McDermott, Campbell Donovan, those are some of my best friends. I’m going to be best friends with them until the day I die, no doubt about it. I’m grateful for them, grateful for all of the great people that I met. I’ll have plenty of professors that I’ll keep in touch with, plenty of classmates that I’ll keep in touch with. It’s just a testament to Butler. There’s a lot of quality people there. I’m happy to have those people in my corner.”

On what he wants to accomplish over the next two years in Bloomington:

“I think if we’re going to do it, we’re going to set the bar high. That seems to be coach Miller’s personality, that’s my personality. I want to go on some NCAA tournament runs. I want to win a lot of games, I’d love to win a couple of Big Ten championships while we’re doing it. I think we can do a lot of special things together.”