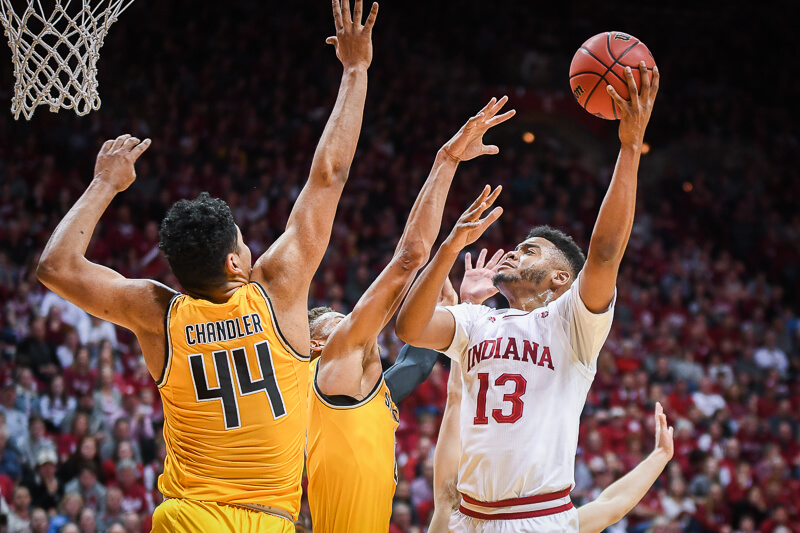 Quick thoughts on a 73-63 season-ending loss to Wichita State:

How it happened: Indiana’s NIT run came to a screeching halt on Tuesday night in Bloomington. The IU faithful filled the lower level of the building and brought energy all night, but it wasn’t enough to push the Hoosiers to a 20th victory and a trip to Madison Square Garden. Credit Wichita State for its aggressive defense, particularly in the first half when the Shockers sent back eight IU shots. Wichita State led 36-29 at halftime and while Indiana threatened several times in the second half, the Shockers were always able to answer with a timely 3-pointer to take back the momentum. Tuesday’s loss, IU’s 16th and final defeat of the season, marks the third straight season in which the program lost at least 15 games while failing to win 20.

Standout performer: In his final game at Simon Skjodt Assembly Hall, Juwan Morgan came through with another stellar performance. Morgan finished with a team-high 21 points in 35 minutes.

Statistic that stands out: The Shockers hit ten or more 3-pointers for the first time since their Feb. 23 contest against Memphis. Indiana was outscored by 15 points from behind the 3-point line.