What to expect: Wichita State 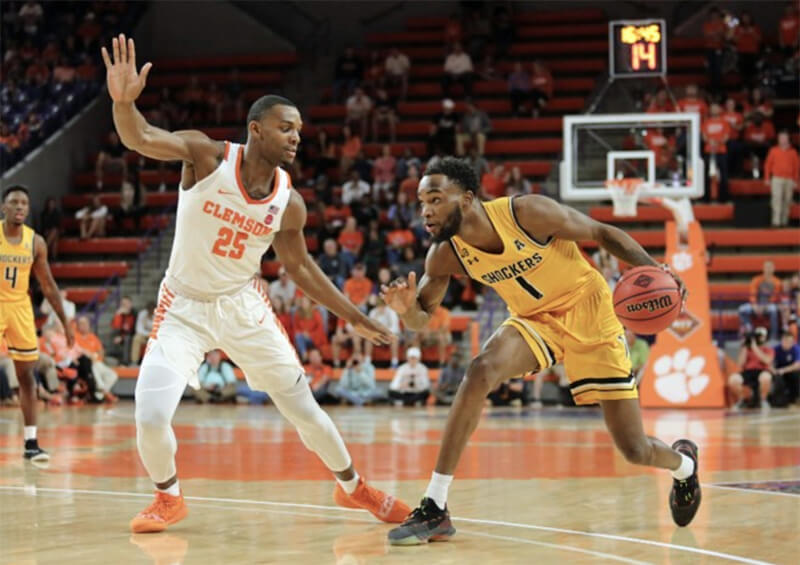 Indiana will play for a spot in the National Invitation tournament semifinals on Tuesday night in Bloomington. The top-seeded Hoosiers will take on No. 6 seed Wichita State, which is 13-3 over its last 16 games and is coming off of a 63-55 win at Clemson on Sunday.

The NIT quarterfinal matchup will tip at 7 p.m. ET on ESPN:

Indiana’s disappointing 2018-19 season still has a chance to end on a winning note as the Hoosiers advance through the 2019 NIT. The Hoosiers have now won six of their last seven games and carry momentum into Tuesday’s quarterfinal matchup with Wichita State.

The Shockers missed the NCAA tournament this season for the first time since 2011 under Gregg Marshall, but have won games at Furman and Clemson to advance to Tuesday’s game at Simon Skjodt Assembly Hall. Wichita State’s last NIT appearance back in 2011 ended with a championship.

The IU-Wichita State winner will move on to face either NC State or Lipscomb on Tuesday, April 2 at Madison Square Garden.

Wichita State is led by senior forward Markis McDuffie, who was a sophomore back in 2017 when the Shockers knocked Archie Miller and Dayton out of the NCAA tournament in Indianapolis.

McDuffie averages a team-high 18.3 points per game and can generate offense in a variety of ways. McDuffie is shooting a stellar 81.9 percent from the free throw line on 188 attempts and is shooting 34.6 percent on 3s on a healthy number of attempts (228). He rarely turns it over and is the type of veteran who won’t get caught up in the moment in a tough road environment. McDuffie and Juwan Morgan should be quite a matchup.

Senior point guard Samajae Haynes-Jones is the only other Shocker averaging in double figures at 11.9 points per game. He’s struggled from the perimeter in his final season and is shooting just 30.2 percent from distance on 205 attempts.

Freshmen Erik Stevenson, Dexter Dennis and Jamarius Burton are three important pieces for the future for Marshall and are gaining value postseason experience in this NIT run.

Dennis, a 6-foot-5 guard from Baker, Louisiana, averages eight points and is shooting a stellar 37.7 percent on 3s. Stevenson is shooting a below average 28.3 percent on 3s and is fifth on the roster in scoring at 6.5 points per game. Burton, who has started 26 of the team’s 35 games, averages six points in 24 minutes per game.

Junior Jaime Echenique gives Wichita State a legitimate shot blocking presence in the frontcourt. He averages 9.3 points and 5.8 rebounds in 18 minutes per game, but is 36th in the country in block percentage according to KenPom.com. Getting Echenique into foul trouble could be the key to opening up the paint and driving lanes for the Hoosiers.

The Shockers do take care of the ball and are a good offensive rebounding team, but the offensive struggles are a major reason why this group missed the NCAA tournament.

In addition to the offensive struggles, Wichita State is also one of the most foul prone teams in the country. Free throws could be a major storyline on Tuesday as the Shockers rank 321st in opponent free throw rate and also do a poor job of getting to the line. Wichita State has been outscored by 91 points at the line this season.

The KenPom prediction is Indiana by six with a 69 percent chance for the Hoosiers to advance to New York. The Sagarin ratings favor Indiana by close to nine when adjusted for homecourt.

After drawing over 12,000 fans over the weekend for the Arkansas win, Indiana could have another raucous atmosphere on Tuesday night at Simon Skjodt Assembly Hall. Tickets are affordable at just $20, parking is free and it is also the last opportunity to see Morgan play in Bloomington.

Wichita State is already battle tested on the road in this event and while Indiana did win its last two games, the Hoosiers struggled at times in both victories.

If Indiana can continue to get solid play from its backcourt trio Al Durham Jr., Devonte Green and Rob Phinisee, the Hoosiers have an excellent chance to move on to Madison Square Garden. If, however, IU shows up lackadaisical and lacking focus, Wichita State has the personnel and the coaching necessary to pull off the upset in Bloomington.