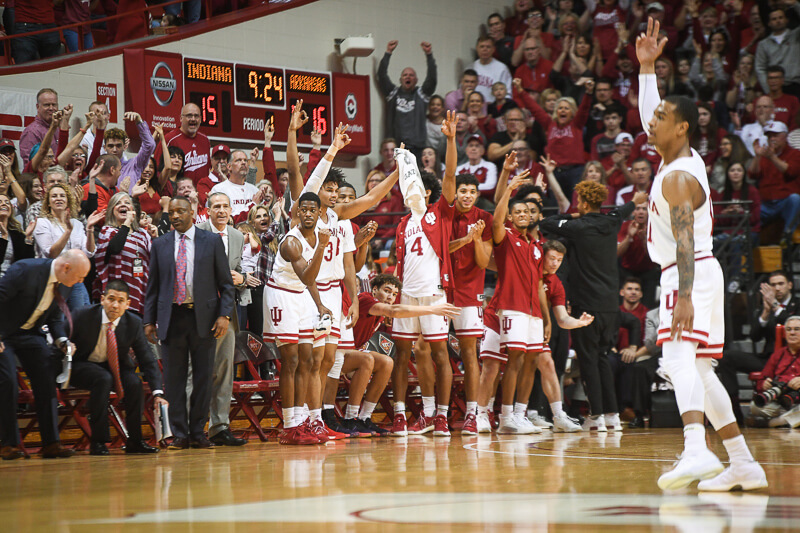 Quick thoughts on a 63-60 win over Arkansas:

How it happened: As Arkansas raced out to an early lead and Indiana was sloppy with the ball, it was fair to wonder if the Hoosiers were going to be able to recover like they did on Tuesday against Saint Francis (Pa.). But with a charged up Simon Skjodt Assembly Hall crowd behind them, these Hoosiers once again fought back for another National Invitation tournament victory. Indiana had its chances to pull away late as it opened a seven-point lead with 4:25 to play, but the Hoosiers stopped scoring and Arkansas made things interesting down the stretch. Indiana’s only points in the game’s final 4:25 came on a pair of free throws by Devonte Green, who gave the Hoosiers a three-point lead to just over six seconds remaining. Arkansas had a chance to tie it at the buzzer, but a heave from Jalen Harris missed and Indiana lives to see another day in the NIT. IU will face either Clemson or Wichita State next week in Bloomington in the NIT quarterfinals.

Statistic that stands out: Indiana won this game in the paint as the Hoosiers outscored the Razorbacks 30-10 inside.