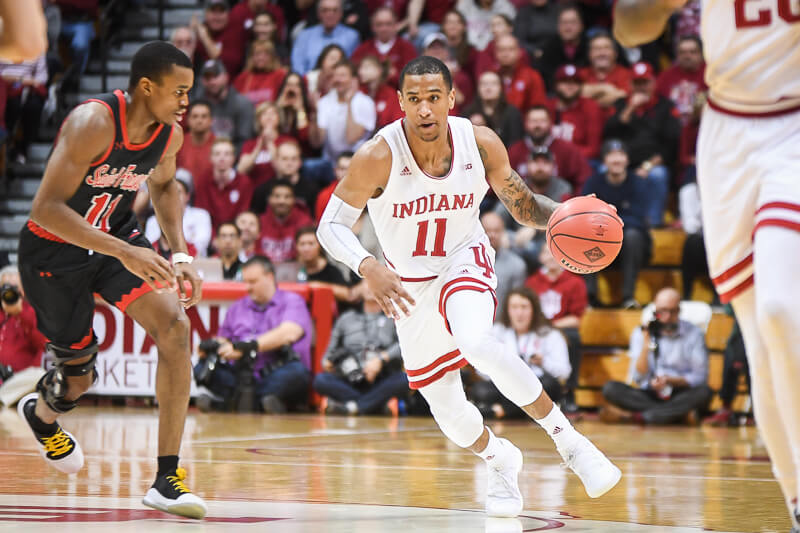 How it happened: Indiana came out like a team with little interest in playing in the National Invitation Tournament. The Hoosiers were slow to get out to shooters on the perimeter and took too many quick 3-pointers as Saint Francis went into the locker room with a six-point lead. A late first half technical foul on Archie Miller looked like a clear act of frustration from IU’s coach, who barked at official Kelly Pfiefer for a foul that was missed as Rob Phinisee drove to the basket. But the Hoosiers came out of the locker room a different team for the second half. And by the 17:46 mark, Indiana grabbed the lead for good on a Juwan Morgan layup. The victory moves the Hoosiers into the round of 16 in the NIT, where they’ll meet either Arkansas or Providence later this week.

Standout performer: Morgan was unstoppable as the senior forward finished with a game-high 28 points and eight rebounds.

Statistic that stands out: After a poor performance in the Big Ten Tournament, the Hoosiers returned to late season form and only committed seven turnovers for a turnover percentage of just 10.