What to expect: Saint Francis (Pa.) 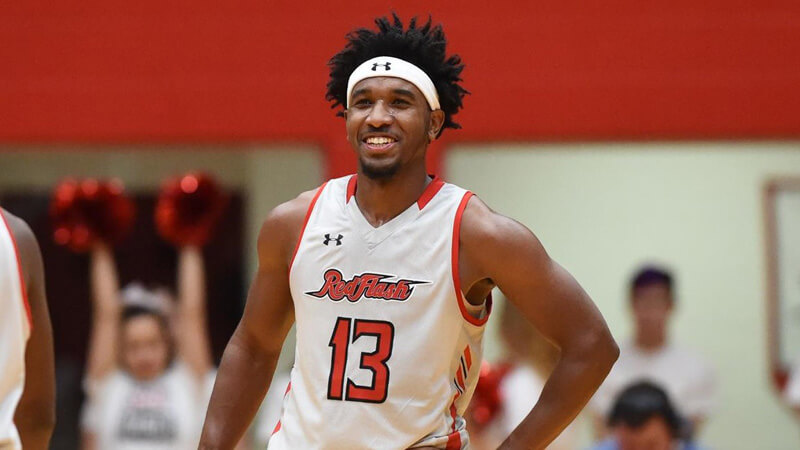 For the second time in three seasons, Indiana will play in the National Invitation Tournament (NIT). The Hoosiers, one of the first four teams out of the NCAA tournament, are a No. 1 seed and will host Saint Francis (Pa.) on Tuesday night at Simon Skjodt Assembly Hall.

The game will tip at 7 p.m. ET on ESPN with Dave Feldman and Dan Dakich on the call:

Indiana’s 12-2 start looked as if it would be the prequel for a return to the NCAA tournament for the first time since 2016.

The Hoosiers, however, dropped 12 of their next 13 games and are now relegated to a secondary postseason tournament for the second time in third seasons.

After declining to host an NIT game back in 2017, Indiana has opted to host this time around and could play up to three games in Bloomington.

Given that it coincides with the NCAA tournament, national interest in the NIT is essentially non-existent and it will certainly be interesting to see what kind of crowd Indiana is able to draw on Tuesday night. Tickets are priced at $20 (free for students) and parking is also free. However, the last time Indiana hosted an NIT game, only 5,113 fans attended, a record-low for a men’s game at Assembly Hall.

The other elephant in the room when it comes to the NIT is this: How interested will the players be in participating? In the last three NITs, just one No. 1 seed has advanced to the semifinals at Madison Square Garden.

The regular season champions of the Northeast Conference, Saint Francis (Pa.) is making its first NIT appearance since 1958. The Red Flash lost 85-76 to Farleigh Dickinson on March 12 in the NEC tournament championship game.

While Saint Francis played a tough non-conference slate with games at Buffalo, UCLA, North Carolina and Virginia Tech, it didn’t beat a team ranked inside the top 200 of the KenPom ratings all season.

Like most smaller conference teams, Saint Francis is small on stature and relies heavily on its guards for production.

NEC player of the year Keith Braxton is the clear standout on the roster and the junior guard averages a team-best 16.2 points per game. Braxton is 6-foot-5, 208 pounds and does a solid job of drawing fouls and getting to the free throw line. His free throw rate (FTA/FGA) is 49.4 percent and he’s knocking down 76.6 percent of his attempts from the line.

Braxton is one of four guards starting for coach Rob Krimmel, the NEC coach of the year. Jamaal King, a 5-foot-10 senior point guard, is the second leading scorer for the Red Flash. He averages a stellar 15.4 points per game and leads the team in assists at four per game. King is shooting 36 percent on 3s against Division I competition.

Isaiah Blackmon, a 6-foot-1 junior, is the third Saint Francis guard averaging in double figures. He’s also shooting 36 percent on 3s against Division I teams. Andre Wolford, a 6-foot-2 senior, primarily comes off the bench and averages 8.7 points, but shoots just 36.2 percent from the field.

Randall Gaskins, a 6-foot-3 junior, is the fourth guard who starts for the Red Flash. Gaskins is a 42.9 percent 3-point shooter.

Up front, the primary names to know are 6-foot-9 senior Luidgy Laporal and Mark Flagg, a 6-foot-9 sophomore. Flagg comes off the bench, but is the more productive player of the duo. Flagg averages 6.6 points, 4.7 rebounds and 1.1 blocks per game.

There’s very little on the Saint Francis profile that suggests it is capable of playing with Indiana if the Hoosiers are locked in and ready to play.

The Red Flash do a solid job of taking care of the ball and own the 105th best turnover percentage in the country and also excel on the offensive glass, where they grab 33.8 percent of their missed shots. That number ranks 29th in the country, per the Pomeroy ratings.

The reality of the NIT is that it is filled with teams that didn’t expect or want to be there. That description, however, doesn’t fit Saint Francis, which hasn’t reached the event in more than 60 years.

For Indiana fans, however, an NIT appearance for the second time in three years and an NCAA tournament miss for the seventh time in 11 years is a sobering reality check for where the program currently stands.

If Indiana is able to advance, the Hoosiers would face either Arkansas in a rematch from November or Providence, which finished 7-11 in the Big East.