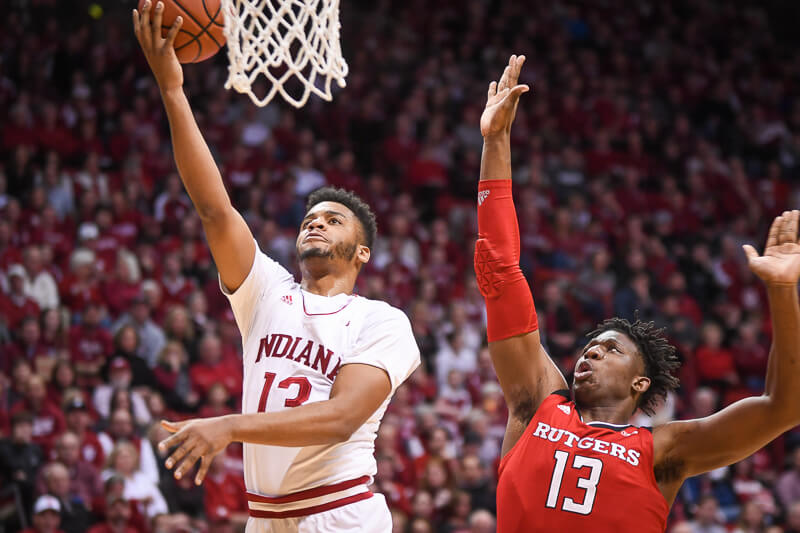 Quick thoughts on an 89-73 win over Rutgers:

How it happened: After Rutgers started the game on a 5-0 run, Indiana left little doubt who would prevail in their regular season finale. The Hoosiers, who came in confident and on a three-game winning streak, controlled this game for the final 35 minutes on the strength of another strong offensive performance. Indiana finished the game with a stellar 1.27 points per possession on 53.4 percent shooting. Three different Hoosiers finished in double figures as Juwan Morgan (25 points), Romeo Langford (20) and Devonte Green (16) led the way. It was a win Indiana needed to have to keep its NCAA tournament hopes alive and now the Hoosiers will head to Chicago to play in the Big Ten tournament in the 8-9 game on Thursday at 12:30 p.m. ET.

Standout performer: Morgan started the game 10-for-10 from the field and finished 11-for-13 in his final home game as a Hoosier. His 25 points led all scorers. Morgan only played 22 minutes due to foul trouble, but also added seven rebounds.

Statistics that stands out: Indiana was 23-for-29 from the foul line (79.3 percent) and its 1.27 points per possession were its second best in a conference game this season.