At the buzzer: Indiana 63, Michigan State 62 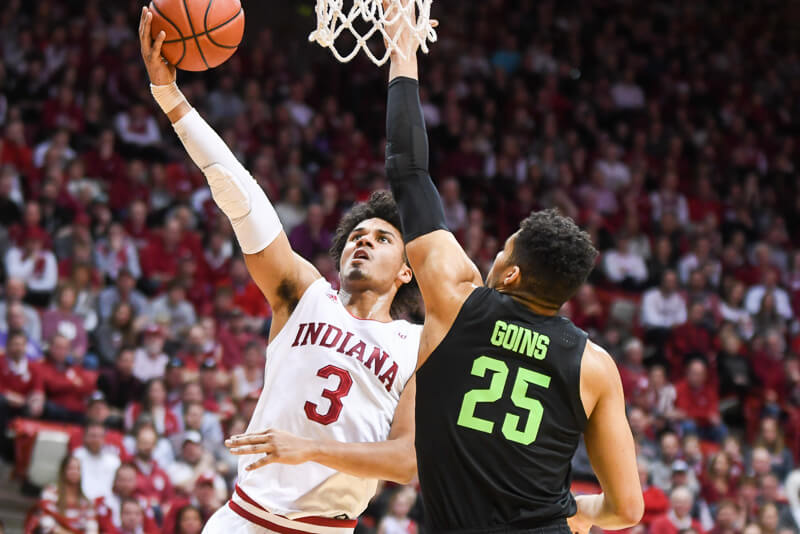 Quick thoughts on a 63-62 win over Michigan State:

How it happened: With its postseason chances squarely in the crosshairs, Indiana delivered a gutty performance on Saturday afternoon at Simon Skjodt Assembly Hall. The Hoosiers led twice in the win: In the first minute and again when it took the lead at 63-62 on a 3-point play by Juwan Morgan with 1:46 to play. Credit Indiana for never giving in on an afternoon where it looked like the Spartans might pull away. Michigan State led by as many as 12 in the first half, but the Hoosiers kept chipping away. And as IU continued to dig in for defensive stops, its confidence grew down the stretch. In a season where not much has gone the way of Indiana, particularly late in games, the Hoosiers dug down deep in the final possession as Rob Phinisee smothered Cassius Winston to preserve the one-point lead. The win, IU’s second straight, puts Purdue in the driver’s seat for the Big Ten regular season title and keeps the Hoosiers in the mix for a postseason bid.

Standout performers: Justin Smith went for a career-high 24 points, Devonte Green had 13 points and Phinisee’s late defense on Winston was a game saver.