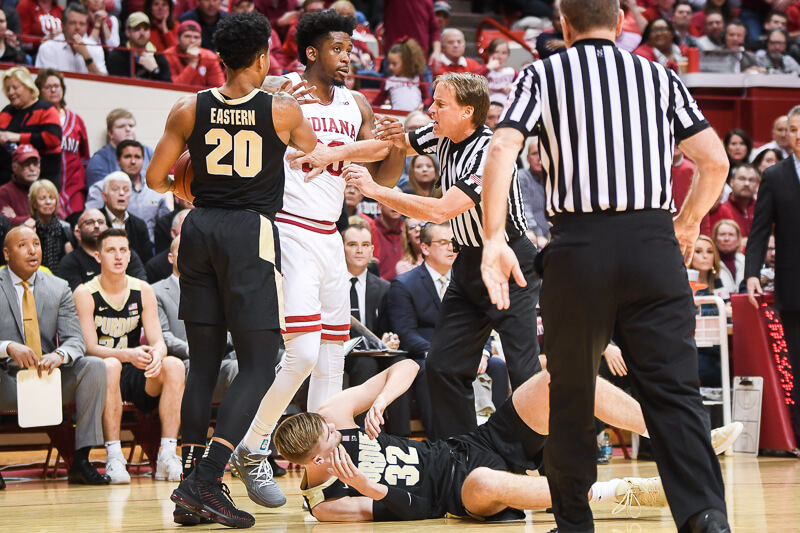 How it happened: Indiana’s Big Ten slide continued on Tuesday night at Simon Skjodt Assembly Hall as the Hoosiers fought, but couldn’t get over the hump against rival Purdue. It was a forgettable night offensively as neither team shot better than 32 percent from the floor and both teams failed to eclipse the 50-point mark. But after Romeo Langford missed a free throw that would have given Indiana a one-point lead with just over 23 seconds left, Purdue ran the clock down to six seconds before Carsen Edwards attempted a game-winning jump shot. He missed, but Matt Haarms was there for the tip-in to lift the Boilermakers to victory and hand Indiana its 11th Big Ten loss.

Standout performer: Romeo Langford, who threw up coming out of halftime, finished with a team-high 14 points and also had nine rebounds.

Statistic that stands out: The Boilermakers won despite a woeful shooting night from Edwards, who was just 4-for-24 from the field and had nine points.