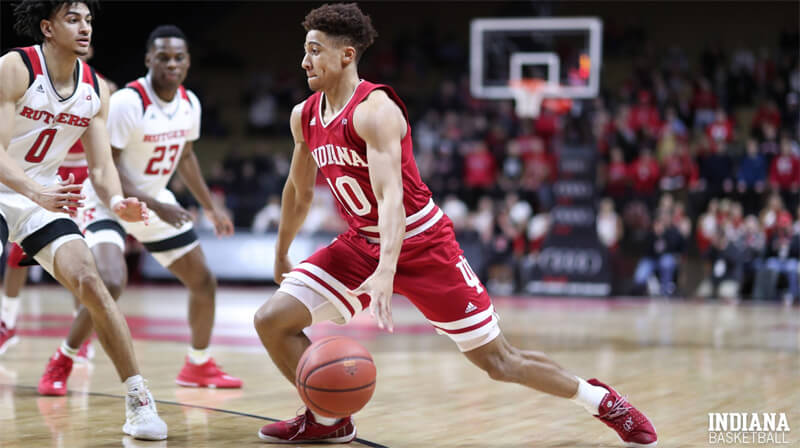 How it happened: A month that began with promise is now over for Indiana. And it couldn’t have gone any worse. The latest setback came Wednesday night in Piscataway as Rutgers used a 22-0 run midway through the game to comfortably put away Indiana. The Hoosiers started out strong and built a 10-point lead in the first half before going cold offensively and then failing to put up much of a fight as Rutgers pulled away after halftime. Offense continues to be a major problem for IU as it shot just 21-for-60 from the field for 35 percent in the loss. And the Scarlet Knights, who turned the ball over eight times early on, gained their composure late in the first half and cruised to an easy win. Indiana finished January 1-7 and the start of February doesn’t get any easier as a trip to Michigan State awaits on Saturday.

Standout performers: Romeo Langford scored 20 points, but needed 20 shots to get there and Juwan Morgan added 15 points and seven rebounds.

Statistic that stands out: Indiana’s offense continues to sink into the abyss as the Hoosiers scored just .84 points per possession in the loss. Big Ten opponents had been scoring 1.08 against the Scarlet Knights.