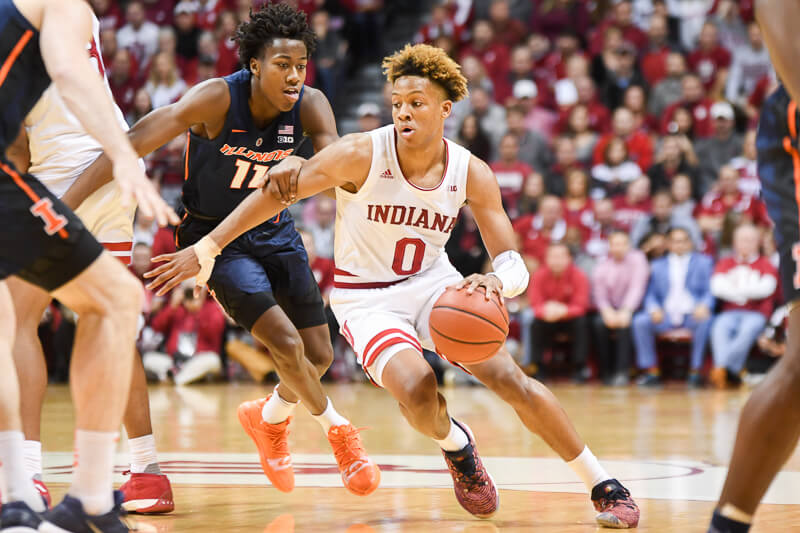 Quick thoughts on a 73-65 win over Illinois:

How it happened: Coming off an 11-day break between games, Indiana looked rusty in the first 11 minutes against Illinois. And with the students still on winter break, Simon Skjodt was devoid of its normal energy during a Big Ten game. Illinois opened up a 25-15 lead on an Ayo Dosunmu jump shot at the 9:06 mark of the first half and it looked like Indiana might have another nail biter on its hands. But the Hoosiers grinded back to even by halftime (32-32) and took control early in the second half as the defense clamped down and Romeo Langford heated up. The five-star guard scored Indiana’s first 10 points after intermission as the Hoosiers quickly built an eight-point lead. From there, Illinois never got closer than four the rest of the way as IU recorded its seventh straight win and moved to 3-0 in league play.

Standout performer: Langford poured in a career-high 28 points and was 8-for-13 from the floor in 37 minutes. Langford was once again excellent at drawing contact and getting to the line (11-for-15).

Statistic that stands out: The worry coming in for Indiana was turnovers, but it was the Hoosiers who capitalized off of mishaps from the Illini. Indiana turned 21 Illini turnovers into 22 points. Illinois scored just 10 points off of Indiana’s 15 turnovers.