At the buzzer: Indiana 86, Central Arkansas 53 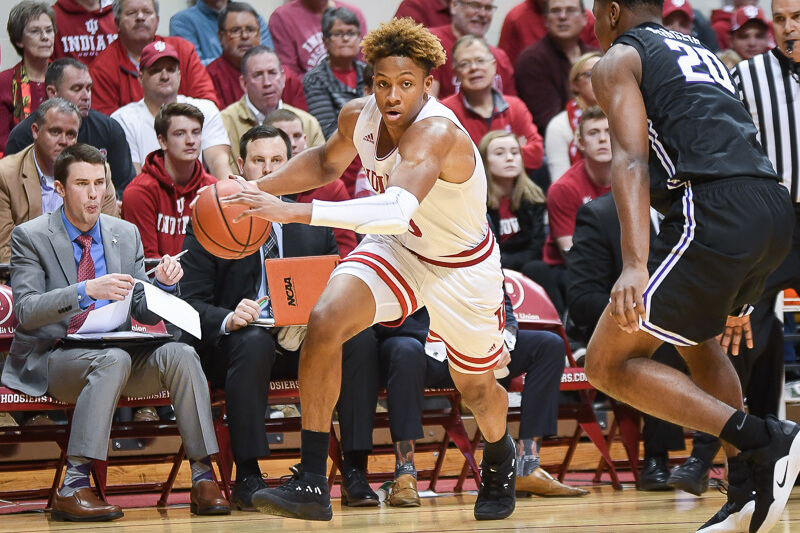 Quick thoughts on an 86-53 win over Central Arkansas:

How it happened: At the first media timeout, it looked as if Indiana may have another battle on its hands. The Hoosiers looked disinterested on defense and Central Arkansas capitalized with 19 points in less than seven minutes. Turnovers were also an issue as Indiana committed five in less than six minutes to open the contest. But once Indiana got rolling, the rout was on. The Hoosiers didn’t commit a turnover in the final 14:13 of the first half and by halftime, led 43-27. Central Arkansas drew within 12 with 15:35 to play, but Indiana quickly put the game out of reach with a 22-0 scoring run. The win, Indiana’s fifth in a row, was its first by more than three points since November 23.

Standout performers: Devonte Green, who saw increased minutes due to an injury to Rob Phinisee in the first half, finished with 19 points, nine rebounds, six assists and four steals. Green was 6-for-10 on 3s. Romeo Langford, meanwhile, logged his second career double-double with 18 points and 11 rebounds. Langford also had five assists and two blocked shots.

Statistic that stands out: Indiana had 24 assists on 36 made field goals and scored 1.18 points per possession, its third best output of the season from an efficiency standpoint.