At the buzzer: Indiana 68, Northwestern 66 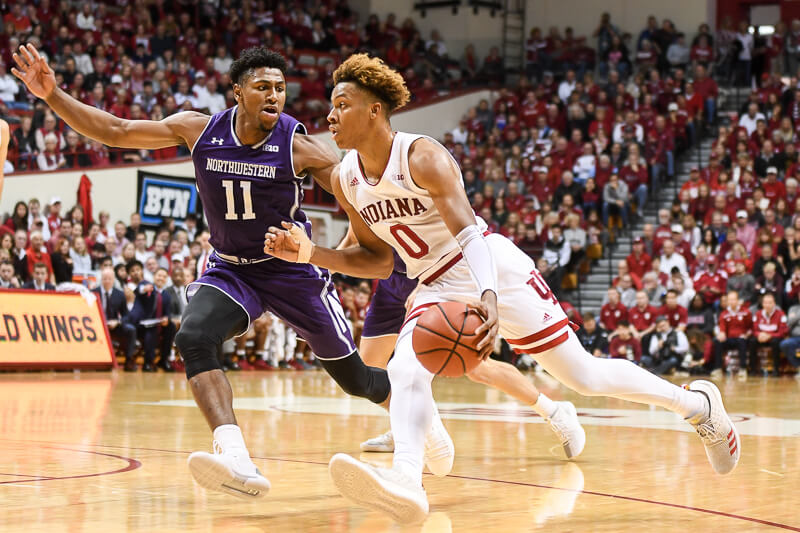 Quick thoughts on a 68-66 win over Northwestern;

How it happened: This one was a back and forth battle from start to finish. Neither team led by more than five all game and there were 15 ties and 14 lead changes. But Indiana made the plays down the stretch to emerge victorious. The biggest bucket came late from Romeo Langford to put the Hoosiers up 65-63 with just under 40 seconds to play. A subsequent Justin Smith layup after a press break stretched the lead to four, but Northwestern made it interesting as Vic Law banked in a 3-pointer with just under four seconds to play. After Rob Phinisee made one of two free throws, a desperation heave from Ryan Taylor just missed to seal the narrow win for the Hoosiers.

Standout performer: Langford finished with a team-high 20 points on 8-of-13 shooting and also added five rebounds, two steals, two blocked shots and an assist in 36 minutes.

Statistic that stands out: Indiana held Northwestern under a point per possession (.98 PPP) and also committed just six second half turnovers. The Hoosiers finished with a turnover percentage of 19.