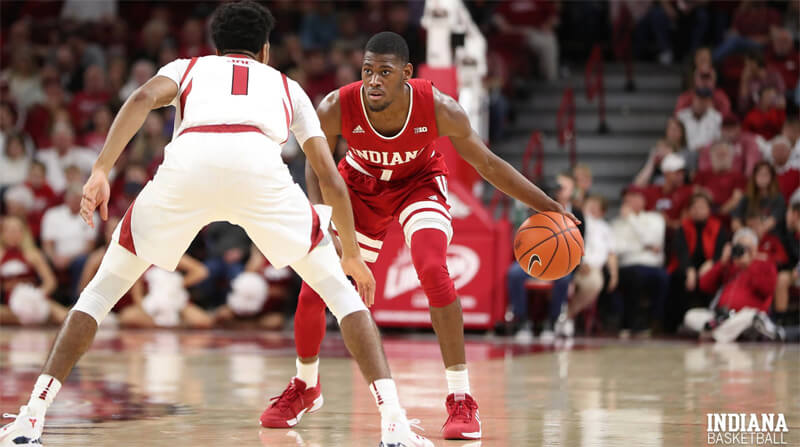 How it happened: Indiana had its chances on Sunday afternoon at Bud Walton Arena. After the Razorbacks led by as many as 10 in the second half, the Hoosiers stormed back to take the lead several times in the final 10:53. Daniel Gafford (27 points, 12 rebounds) was unstoppable all afternoon, but Indiana came up with several key plays down the stretch to keep this game within reach. A Romeo Langford 3-pointer gave Indiana the lead at 66-65 with five minutes to play and Langford splashed in another 3 with 3:21 to play to tie it at 69. After Arkansas missed a free throw to make it a two-possession game, Robert Phinisee hit a 3 to tie it at 72. The Hoosiers then got a stop and had a chance to win it, but a Phinisee layup missed as did a De’Ron Davis tip-in. And when Davis fouled Mason Jones after his miss tip-in, Arkansas made one of two free throws to seal the win.

Standout performer: Langford’s 22 points and 10 rebounds both led the Hoosiers as he played 38 minutes in his fourth college game. He also had five assists, a block, a steal and four turnovers.

Statistic that stands out: The pressure of Arkansas was a problem for Indiana as the Hoosiers turned it over 18 times for a turnover percentage of 24. Those 18 turnovers turned into 14 points for the Razorbacks.