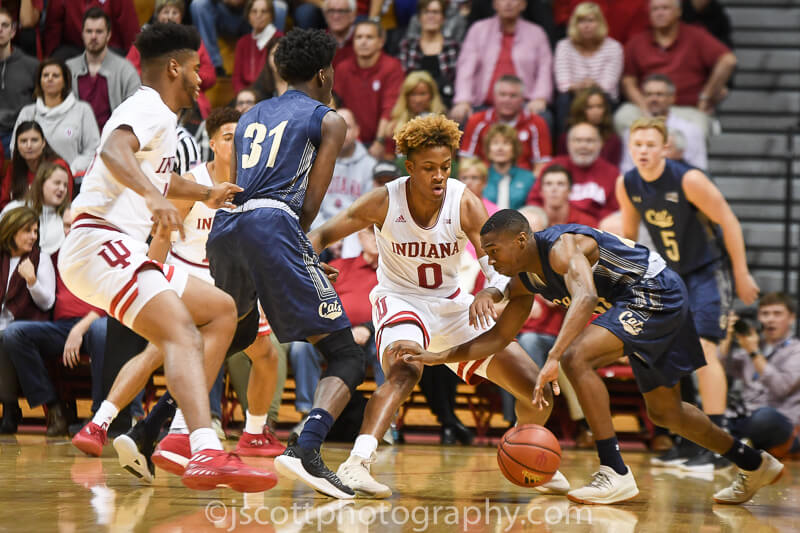 Quick thoughts on a 80-35 win over Montana State:

How it happened: Indiana took control early on the strength of its defense. The Hoosiers limited Montana State to just 19 points (.53 points per possession) in the first half to build a 24-point halftime lead. The second half wasn’t much different as Indiana scored the first eight points to open a 51-19 lead. From there, the lead ballooned all the way to 40 on an Al Durham layup at the 12:16 mark of the second half. As stifling as Indiana’s defense was, the Hoosiers were also efficient on offense. Indiana had 22 assists on 32 field goals and scored 1.12 points per possession.

Standout performer: Juwan Morgan asserted himself early as he scored all 14 of his points in the first half. Morgan was aggressive at the rim and also efficient (6-of-6 from the field). He also had a team-high 11 rebounds as he recorded his tenth career double-double.

Statistic that stands out: Indiana’s scoring was balanced as four different Hoosiers finished in double figures. Morgan’s 14 points were a team-high while Justin Smith had 13 points and Robert Phinisee and Romeo Langford each finished with 12 points.