At the buzzer: Indiana 96, Southern Indiana 62 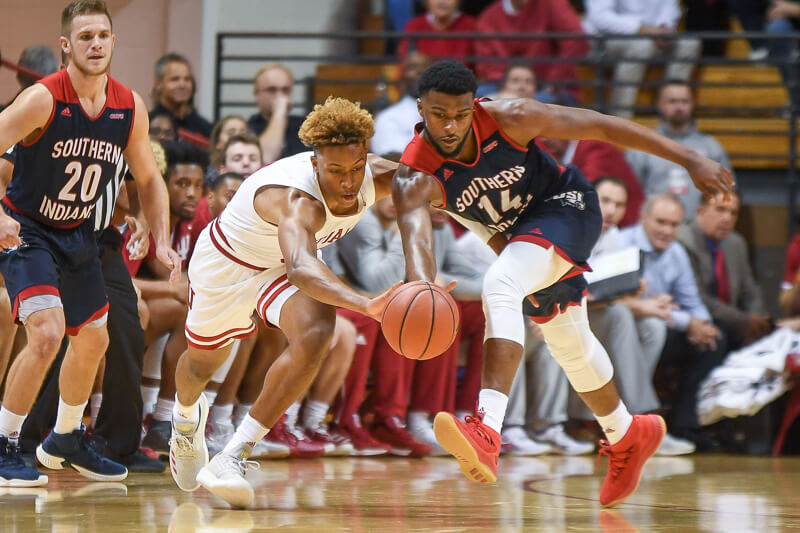 Quick thoughts on a 96-62 exhibition win over Southern Indiana:

How it happened: Indiana wasn’t at full strength in its final tuneup before Tuesday’s season opener against Chicago State. Three players expected to be a part of the rotation – Devonte Green, Race Thompson and Jerome Hunter – sat out with injuries. A key returnee – Al Durham Jr. – logged just seven first half minutes before being pulled with an apparent injury. None of this, however, mattered much in Thursday night’s result. After a slow start in the game’s opening minutes, Indiana quickly found its footing. Justin Smith splashed a corner 3. Romeo Langford got into the passing lane for a steal and a dunk on the other end. Langford got another steal that led to a Smith dunk. And the rout was on from there. The Hoosiers led 39-20 at halftime on the strength of a strong defensive showing (.53 PPP allowed). Indiana wasn’t nearly as sharp defensively in the second half, which probably won’t please Archie Miller, but still cruised to victory over a solid Division II program.

Standout performer: Freshman guard Robert Phinisee was terrific from the onset as the McCutcheon product scored 10 of his 13 points in the first half. Phinisee was aggressive on the attack offensively. He also did a nice job staying in front of his man on defense.

Statistics that stands out: The glass half full stat? Indiana’s 3-point shooting. The Hoosiers knocked down 11-of-22 from distance for 50 percent. But the glass half empty number? Indiana picked up where it left off last season from the free throw line as the Hoosiers hit just 15-of-24 for 62.5 percent.