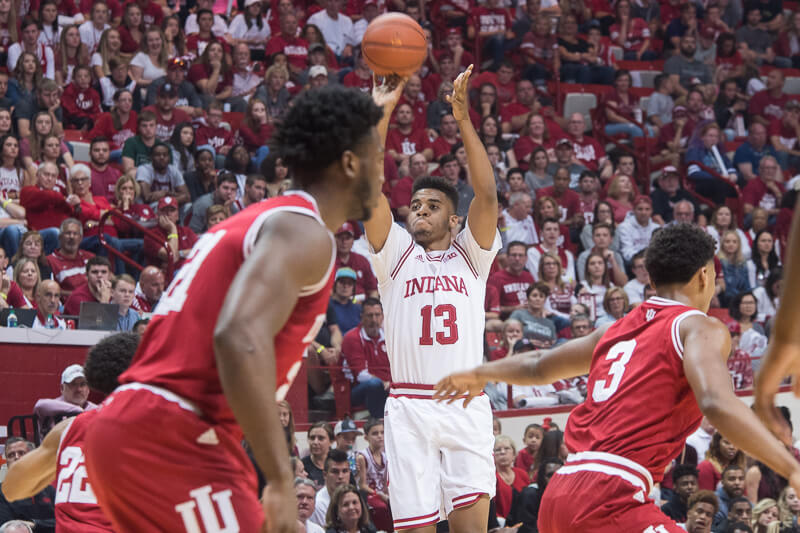 Hoosier Hysteria, the annual tip-off to the Indiana basketball season, takes place this Saturday in Bloomington. Simon Skjodt Assembly Hall doors will open at 2 p.m. ET with the event beginning at 4 p.m. ET.

If you’re unable to make it to Simon Skjodt Assembly Hall, the Big Ten Network will be providing coverage via its paid streaming service, BTN Plus.

BTN Plus already has a page set up for Hysteria, which also has links to sign up for service in order to watch the event. The broadcast will begin at 4 p.m. ET.

Signing up for a monthly school-specific pass for Indiana will also give access to Indiana’s exhibition game against Southern Indiana on Nov. 1 and the regular season game against UC-Davis on Nov. 23. All three of those contests will only be shown live on BTN Plus. A subscription to BTN Plus is not included with a subscription to Big Ten Network.

– Doors will open at 2 p.m. and fans should be able to watch the second half of the IU-Rutgers football game on the video board inside.

– Admission is free but fans are asked to donate a canned food item to benefit the Hoosier Hills Food Bank.

– If you plan on arriving to stand in line early in the day, you will have to park in the Fee Lane parking garage. Parking lots around Assembly Hall and Memorial Stadium will open at 12:30 p.m. due to the Annual Hoosiers Outrun Cancer event which takes place that morning and attracts nearly 5,000 participants.

– All fans in attendance will receive free schedule posters for both the men’s and women’s programs.

– The women’s program will have their 2018 WNIT Championship banner unveiled during the event.

– Player introductions for both teams will take place. Head coaches Archie Miller and Teri Moren will address the crowd. Both the men’s and women’s players will participate in shooting contests and the men’s team will have a dunk contest. The men’s team also will scrimmage.

– Following the conclusion of the event, both the men’s teams and the women’s will be available in the concourse of the facility to sign autographs. Only one item per person will be signed by each player, time permitting.