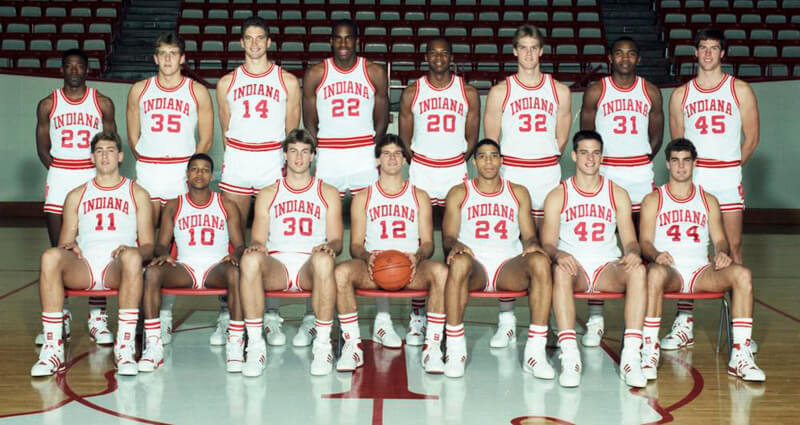 In this week’s show, Morris and Bozich are joined by Rick Bozich of WDRB.com to look back at Indiana’s 1987 national championship team.

· How the 1985-1986 season set the stage for the 1987 championship
· Bob Knight’s willingness to dip into the Junior College ranks with Keith Smart and Dean Garrett
· The roster composition of the 1987 team and how it differed from 1981
· Why the 1987 team might have been Knight’s best coaching job in Bloomington
· Was there any panic after the 1987 team lost two in a row late in the regular season?
· The ability of the 1987 team to win close games and how Steve Alford was a big part of it
· The addition of the 3-point shot and how it factored in that season
· Why the UNLV game was a masterful coaching performance from Knight
· What stood out from the title game other than Keith Smart’s shot to win it
· Was there any feeling that this would be the end of the line for IU winning titles under Knight?

Filed to: 1987 NCAA Championship team, Podcast on the Brink