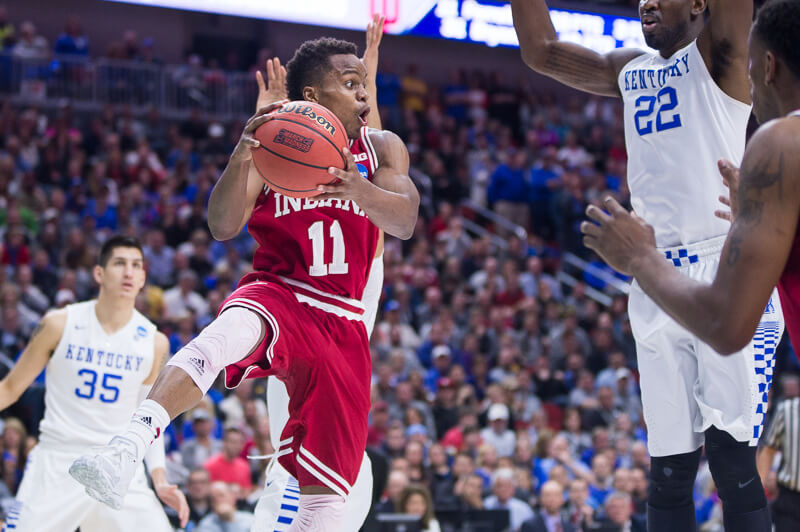 Less than 24 hours after Thursday’s report that Yogi Ferrell would return to the Dallas Mavericks on a 2-year deal, it appears the former Indiana guard is reconsidering his options.

According to Charania’s reporting on Friday, the deal Ferrell agreed with Dallas was for two years and $5.3 million with a trigger date of July 7, 2019 for the second year of the contract.

On Thursday, Ferrell told reporters that he “wouldn’t want to be anywhere else” than Dallas.

If Ferrell signs elsewhere – which seems to be inevitable at this point – it will be his third NBA team. Ferrell played in 10 games with Brooklyn as a rookie before finishing his rookie season in Dallas.

The former Indiana point guard played in all 82 games of his second NBA season for Dallas last season and averaged 10.2 points, three rebounds and 2.5 assists 27.8 minutes per game.