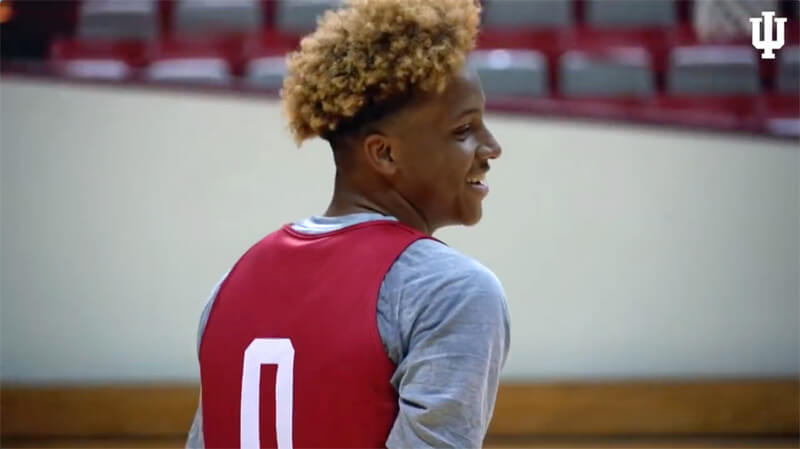 Another week, another glimpse inside of Indiana basketball’s offseason workouts.

The clips prominently feature all of the program’s newcomers as well as several key returnees.

Here’s the video, if you missed it on Wednesday evening:

The second of three July evaluation periods tipped off Wednesday night and unlike the first one, this 5-day period is more spread out across the country.

The D1 Minnesota 17U team (Matthew Hurt, Zeke Nnaji) and the Indiana Elite 16U team (Anthony Leal, Trey Galloway and Tre Coleman) were two of the teams that Miller watched on Wednesday.

Eric Bossi of Rivals.com also reported that Indiana had a presence in Mequon, Wisconson at the NY2LA Summer Jam.

The Meanstreets EYBL team featuring Brandon Newman and Armaan Franklin are playing in the Summer Jam as is the NY Renaissance team featuring 2020 guard Ethan Morton.

Class of 2019 guard Harlond Beverly, who plays for the REACH Legends, is also at the NY2LA Summer Jam.

Other prominent events currently taking placing during the second evaluation period include the Hoop Group Elite Camp in Reading (Pa.) and the AAU National Championships and Super Showcase.

Langford among “13 players you’ll hear about in March”, according to NCAA.com

On Wednesday, NCAA.com published a list of 13 players that fans will hear about in next season’s iteration of March Madness.

According to the author of the piece, Andy Wittry, Romeo Langford is among those 13:

Why you’ll hear about him: With a 16-15 record in 2018, Indiana missed the NCAA tournament for multiple seasons in a row for just the third time since 1973. Langford, one of the most highly touted players in this year’s freshman class, will play a major role in the Hoosiers’ push to play meaningful games in March once again. Indiana ranked 92nd nationally in offensive efficiency last season, per KenPom.com, and the 6-5 Langford should provide an immediate boost to the team’s play on that end of the floor.