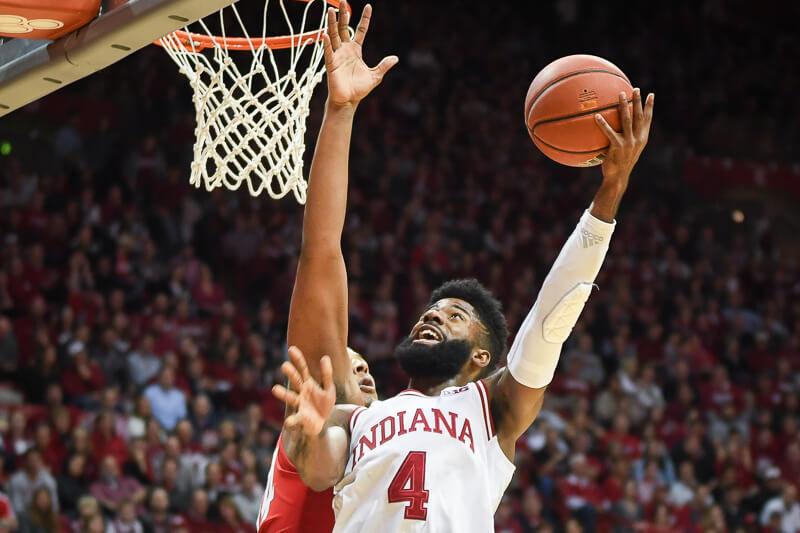 The NBA Summer League wraps up tonight in Las Vegas, but all six former Hoosiers who participated have concluded play.

Here’s a full recap with details on how each player finished up statistically in the Summer League along with notes, video and more.

Notes: After missing last year’s Summer League due to injury, Anunoby played in four games in Vegas and put up solid numbers overall. His shooting percentage was lower than the 47 percent he shot as a rookie, but he also took 14 shots per game in Vegas.

Notes: Bryant only played in three of Washington’s five games, but he made an impact with his ability to finish around the rim and run the floor. Having left a strong impression in Summer League, Bryant will now try to make Washington’s roster this fall.

Notes: Williams played well in Vegas, but was waived at the conclusion of Summer League by the Knicks. After signing a pair of 10-day contracts with New York last season which led to a deal for the remainder of the season, Williams is now looking for another contract. Here’s The New York Post on the move:

The Knicks waived 6-7 forward Troy Williams on Monday, and the move brought them down to 15 players under contract plus a pair of two-way contract players, the maximum allowed for Opening Night.

Williams played well during five games for the Knicks in the recent NBA Summer League in Las Vegas, but he got caught in a numbers game. The Knicks’ 17 players under contract include undrafted Allonzo Trier and returnee Isaiah Hicks on two-way deals. There is always the possibility of additional moves with reciprocal maneuvers to maintain roster limits.

Notes: Blackmon Jr. struggled in Vegas with the Bucks as he made just two field goals over three games and shot 14 percent. Blackmon Jr.’s options likely include another stint in the G-League or looking overseas for a guaranteed deal.

Notes: Johnson saved his best for last as he poured in 18 points in Atlanta’s Summer League finale. Here’s RotoWorld on his performance:

Johnson finally got an opportunity to show his stuff Friday night. The undrafted Indiana grad only trailed Junior Robinson in scoring on the night and after a quiet summer session, he provided some solid gameplay to put on tape for the Hawks brass. Johnson has an uphill battle to make the team, especially after Jeremy Lin’s signing earlier in the week. When you factor in the depth of Atlanta’s frontcourt, a G-League spio for Atlanta (or elsewhere) looks like a strong possibility.

Notes: The former IU forward was 3-of-10 from the field over three games for the Grizzlies and is now headed to play for Eberlein Drive in The Basketball Tournament.