Summer League roundup: A look at how former Hoosiers are playing in Las Vegas 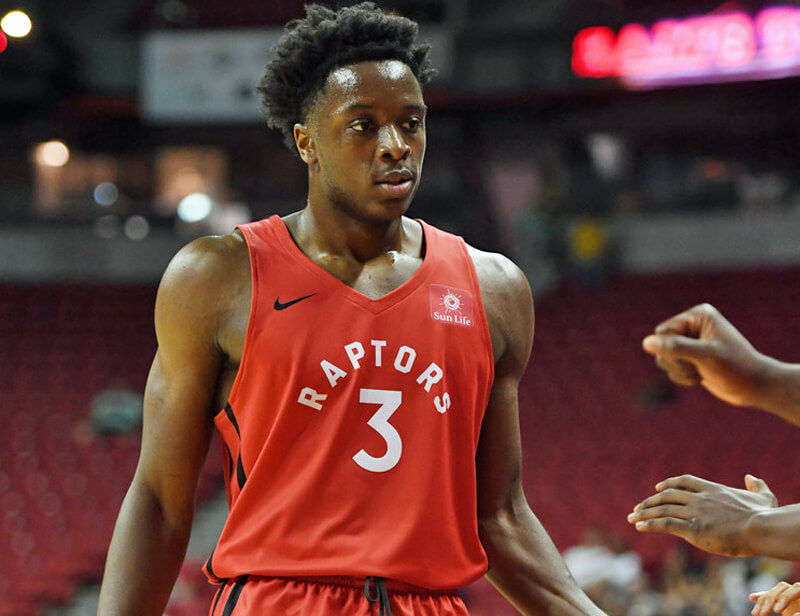 The NBA Summer League in Las Vegas is in full swing and six former Hoosiers are participating.

Here’s a recap of how all six former IU players have performed to date along with some notes, video and how to watch their upcoming games:

Notes: This is Anunoby’s first Summer League experience after sitting out last July as he recovered from knee surgery. So far, new Toronto Raptors coach Nick Nurse has been impressed with the team’s starting small forward:

Anunoby said he wants to work on his all-around game, between ball-handling, shooting, passing and getting stronger. And his new head coach, Nick Nurse, said he believes Anunoby’s already off to a strong start.

“He’s had a great off-season already, you can tell,” Nurse told reporters. “His skills are already improving. You can see his mindset coming into the Summer League.”

Notes: The Washington Post highlighted Bryant’s play on Sunday as one of five takeaways from the Wizards 95-90 loss to the Spurs:

One sequence late in the second quarter epitomized Bryant’s lively game against the Spurs. After playing as the last line of defense and keeping the Spurs from scoring a layup, Bryant yelled, “No!” Then, Bryant sprinted down court and caught a difficult lob pass for the layup while showing significant body control for a 6-foot-10 big.

Bryant finished with 20 points, seven rebounds and four assists — one of his dimes led to Robinson’s dunk over Walker. In his first game with the Wizards on Friday, Bryant missed 4 of 6 shots and grabbed just four rebounds. On Sunday, Bryant played more like the guy who made the all-NBA G League first team last year as a rookie.

Notes: Williams was one of New York’s standouts in Saturday’s 91-89 win over the Hawks:

Williams’ scoring total led the second unit and checked in second only to 2018 first-round pick Kevin Knox’s on the night for the Knicks. The 23-year-old showed some promise last season — which led to Williams inking a two-year contract in mid-March — before a fractured jaw ended his season in early April. Williams is a versatile wing with a deft shooting touch, and he could certainly see some extended opportunity this coming season on a Knicks squad that figures to be devoid of serious postseason aspirations.

This Troy Williams guy is real effective in transition pic.twitter.com/lbVQ7SEk7v

Troy Williams is throwing his body around like a guy on a non-guaranteed deal, oh yeah! pic.twitter.com/qrxkms7DPU

Vegas Summer League Stats (2 games): 4.5 points, two rebounds, one assist, one steal and 0.5 blocks in 22 minutes per game. Shooting 14 percent from the field.

Notes: Blackmon Jr. has struggled thus far as he’s just 2-of-14 from the field overall.

Vegas Summer League Stats (1 game): 7 points, 3 rebounds, one assist and one steal in 13 minutes per game. Shooting 43 percent from the field.

Notes: For an undrafted free agent on a non-guaranteed deal, Johnson is playing a solid amount of minutes for Atlanta. So far, he’s putting up very respectable numbers through three games.

Vegas Summer League Stats (1 game): 2 points, 3 rebounds and one assist in eight minutes per game. Shooting 33 percent from the field.

Notes: Watford did not play in either Utah Summer League game for Memphis and has logged just eight minutes thus far in Vegas.