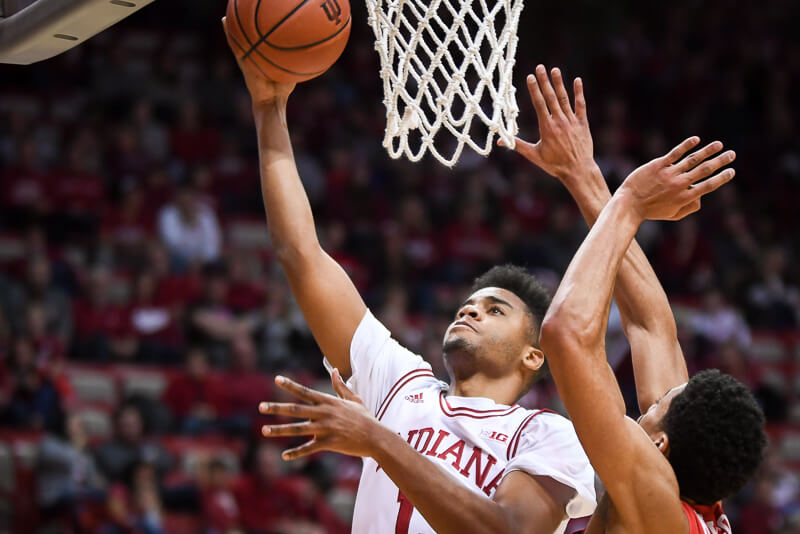 It’s mid-June and a little less than five months separate us from the beginning of the 2018-2019 season.

A major offseason milestone was passed two weeks ago as the deadline to withdraw from the 2018 NBA draft occurred on Wednesday, May 30. With that deadline behind us, we now have a much clearer picture on who will be on each Big Ten roster.

Here’s our first attempt at forecasting next season’s conference standings:

Outlook: Steve Pikiell is slowly upgrading the talent level in Piscataway, but it’s no easy task getting out of the Big Ten cellar. Rutgers had some bright moments last season like a win over Seton Hall, but the Scarlet Knights are still the league’s worst team.

Outlook: Dosunmu was a very good pickup for Brad Underwood and should form a nice combo with Frazier, but Illinois is very thin up front and lacks experience. It could be another long winter in Champaign.

Outlook: The good vibes from Northwestern’s 2017 NCAA tournament appearance are now a distant memory. With the graduation of McIntosh and Lindsey, the Wildcats lose their two best players from a team that underachieved in a major way last season. Taylor should help fill some of that scoring void, but there are just too many question marks right now in Evanston.

Outlook: After last season’s disastrous campaign, Minnesota is a tough team to project. The Gophers are capable of outperforming this projection if Coffey is healthy and Murphy continues to perform as a double-double machine. However, if those two things don’t happen, Richard Pitino cold find himself on a very hot seat.

Outlook: Carr’s decision to forego his final two seasons of eligibility leaves Pat Chambers with a major hole at point guard and the Nittany Lions don’t have an adequate replacement. Stevens, Watkins and Reaves form a solid nucleus, but Penn State is likely going to take a step back after winning the NIT last season.

Outlook: Bart Torvik’s preseason rankings have Iowa as a potential top half Big Ten team and the Hawkeyes return everyone notable from last season. But unless the defense improves dramatically, it’s hard to justify placing the Hawkeyes higher than this in the preseason.

Outlook: The Buckeyes outperformed expectations in Chris Holtmann’s first season in large part because of Bates-Diop, the Big Ten player of the year. He’s off to the NBA and Tate and Williams have both graduated. Ohio State has some promising young talent, but loses its two most important players.

Outlook: Purdue lost four starters to graduation, but returns the potential Big Ten preseason player of the year in Edwards and two rising sophomores who should be very good in Eastern and Haarms. The problem is a lack of proven talent, which Boudreaux should help with after averaging 17.5 points and 9.5 rebounds two seasons ago at Dartmouth.

Outlook: Palmer Jr. should be a preseason All-Big Ten pick and all of the other primary pieces from last season’s 22-11 team also return to Lincoln. Tim Miles needs to get back to the NCAA tournament to help secure his job long term and he appears to have the roster to do so.

Outlook: The Hoosiers return their best player and also welcome a recruiting class ranked in the top 10 nationally by many. There are questions to answer at point guard and in the post, but Morgan and Langford should immediately form one of the Big Ten’s best 1-2 punches.

Outlook: Defense is why Michigan won big last season and advanced to the national championship game. Can the Wolverines replicate last season’s recipe in 2018-19? Big Ten foes have learned not to bet against John Beilein.

Outlook: Injuries decimated the Badgers last season, but this is a roster with plenty to like entering the season. Happ will be in the preseason Big Ten player of the year discussion and Trice and King should help improve the guard play.

Outlook: Bridges and Jackson Jr. are major losses, but the junior trio of Langford, Winston and Ward gives Tom Izzo the foundation to build another Big Ten contender. With three top 100 prospects arriving and other vets like McQuaid returning, the Spartans have a solid argument to be named the league’s preseason favorite.