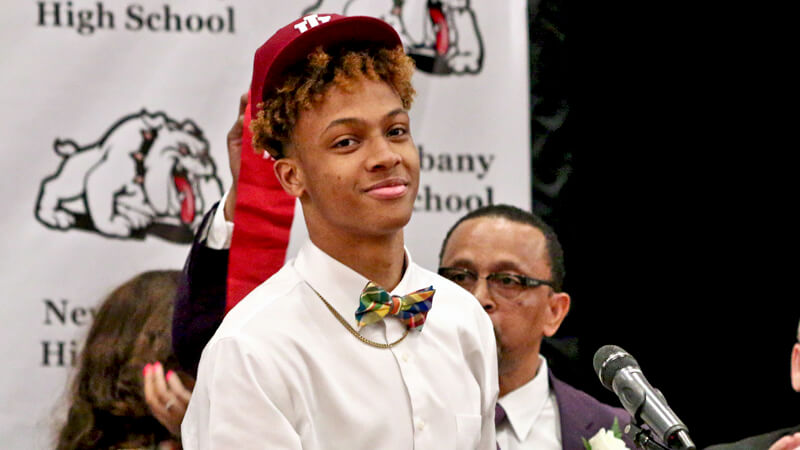 Indiana’s 2018 recruiting class appears to be complete as the Hoosiers inked five-star guard Romeo Langford to a National Letter of Intent in the spring signing period.

While there are still a few more dominoes to fall nationally that could shake up the team recruiting rankings – five-star Jordan Brown has yet to pick a school – we now have a pretty clear view of where Indiana’s class stacks up nationally.

Here’s a detailed look at where the Hoosiers stack up in the three major recruiting services as well in the Big Ten.

Rivals is the most bullish on the IU class of the three services. Indiana is No. 7 nationally in the Rivals team rankings and also claims the top spot among Big Ten teams.

Here’s where each Big Ten program ranks, according to Rivals (national ranking in parenthesis):

With half of the league in the top 30 nationally, the Big Ten has produced a strong recruiting cycle according to the Rivals rankings. Given the dearth of talent in the league in recent seasons, this is good news for a league seeking its first national championship since 2000. Still, there is work to do. Only two McDonald’s All-Americans (Romeo Langford, Jalen Smith) signed with Big Ten programs.

247Sports, which also includes the staff formerly of Scout.com, also has the Hoosiers in the top ten nationally. But 247Sports gives Maryland the slight nod over Indiana. The Terps are No. 7 nationally in the 247Sports rankings and Indiana comes in at No. 9.

Here’s where each Big Ten program ranks, according to 247Sports (national ranking in parenthesis):

The overall numbers are even more impressive here. The Big Ten boasts two classes in the top 10 nationally according to 247Sports and seven in the top 25. In the final 247Sports team rankings for the class of 2017, Ohio State was the highest ranked Big Ten team at No. 24 nationally.

Indiana owns the top spot in the ESPN.com team rankings among Big Ten programs, but the World Wide Leader isn’t as bullish on the league as Rivals or 247Sports. The Hoosiers are No. 11 in the ESPN.com recruiting team rankings. ESPN only ranks a top 40, which includes nine Big Ten teams.

Here’s where each Big Ten program ranks, according to ESPN.com (national ranking in parenthesis):

For a point of comparison here, the Big Ten had just five teams in the final ESPN.com top 40 rankings for the class of 2017. None of the teams finished higher than 15th.