How good was Romeo Langford as a fourth grader? His coach explains 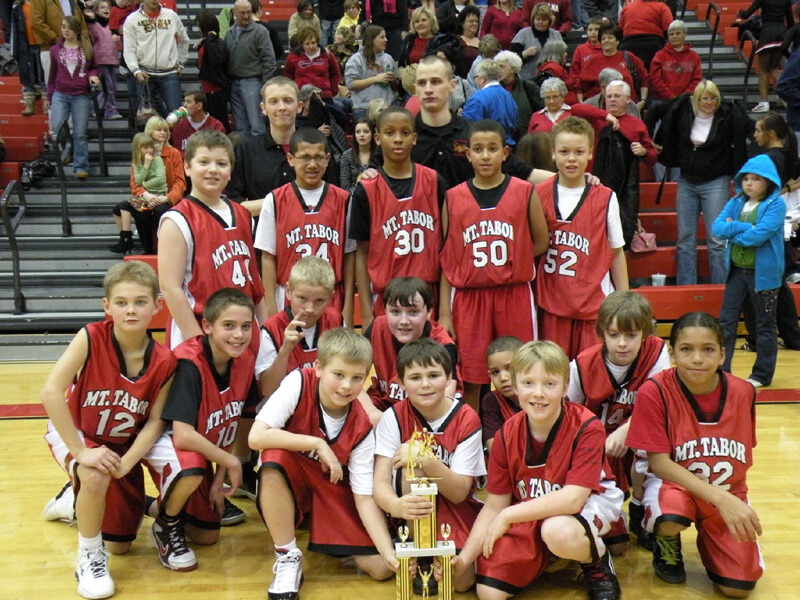 Ruddell, who was working at the school as a teacher’s aide for emotionally handicapped second and third graders, was asked by then-principal Tony Duffy if he was interesting in coaching a team of fourth and fifth grade boys.

A New Albany native who attended Mt. Tabor from 1989 until 1996, Ruddell didn’t hesitate when given the opportunity.

“When I agreed to coach, Mr. Duffy told me there was a kid trying out who is pretty good,” Ruddell recalls. “Sixty kids tried out. We kept 15.”

It didn’t take long for Ruddell to realize he was coaching a player who had the chance to be special.

“There’s something that you see and you say, ‘there’s not going to be any coaching to it,'” Ruddell said. “The instinct and the way he glides now is the way he was gliding back then. Everything that he did looked smooth and effortless. He had a fadeaway (jump shot) as a fourth grader.”

In fact, Ruddell remembers being so excited about Langford that he told just about anyone who would listen about the young player.

As a childhood friend of Ruddell, I can vouch for his recollection as he once mentioned Langford to me after he coached him during the 2009-2010 school year.

“I was telling everybody, this kid is really good,” Ruddell said. “I told everybody that I knew. I’d go home and talk to my roommates and say, ‘did you see what this kid did today?’

“Once he would get the ball, he was beating everybody down the floor. And he was gliding. He looked like a gazelle. Just unbelievable to see at that age. And you wouldn’t have known that he was better than everybody else. Nicest kid, didn’t react to anything.”

So how good was Langford as a fourth grader?

Good enough that Mt. Tabor went relatively unchallenged through its first eight games. Ruddell said that after practice, the coaches would play 2-on-2 or 3-on-3 with Langford and he would more than hold his own.

After winning Mt. Tabor’s first game 32-12 and its second game 25-14, Ruddell was asked if he wanted to coach wrestling.

“He was just that good … and they thought I was that good at coaching,” Ruddell recalls with a smile.

The 2009-10 Mt. Tabor fourth and fifth grade team also featured three other players who went on to be a part of New Albany’s 2016 state championship team: Kameron Guess, Peyton Martin and Zeke Smith, who eventually transferred to Jeffersonville.

The Tigers lost to Floyd Knobs elementary in the county championship, 36-22. That Floyd Knobs team featured Isaac Hibbard, who starred alongside Langford for three seasons at New Albany before graduating in 2017.

Langford scored 16 points in the loss to Floyds Knobs and averaged 14.2 points over nine games.

It was the only year Ruddell coached Langford as New Albany Floyd County Schools moved fifth grade to middle school for the 2010-11 school year.

He watched him play a couple of times in middle school at Scriber and then attended about half of New Albany’s games his freshman season while working nightshift at Samtec in New Albany.

Once Ruddell got off nightshift at Samtec, he didn’t miss a single New Albany game – home or away – over Langford’s final three seasons.

In March, Ruddell had plans to attend the McDonald’s All-American Game in Atlanta to watch Langford. But his 88-year old grandfather, Robert Kraft, was ill. Ruddell visited his grandfather on Sunday, March 25 and he passed away the next day.

“I talked to my grandfather on Sunday about going (to the McDonald’s game),” Ruddell said. “And things just got worse.”

Ruddell said he was ready to cancel his plans to attend, but his grandmother, Jean Kraft, told him that his grandfather would have wanted him to attend.

So that’s what Ruddell did.

He drove to Atlanta for the McDonald’s game two days after his grandfather’s passing with his older brother, Derek, and the pair drove back immediately after and were home in time for funeral services at 11 a.m. on Thursday.

Langford was mentioned in the eulogy as Ruddell says his grandfather was a “life long New Albany fan before Romeomania.”

Looking back on coaching Romeo Langford for one year still brings a smile to Adam Ruddell’s face.

And you can sense the pride in his voice when he talks about an 18-year old who is still as nice and polite today as he was as a fourth grader.

“There was just something about Romeo. I knew at some point he would carry New Albany to a state championship. He’s still a humble kid. Still calls me coach. And I don’t coach anymore so that is awesome.

“I think his family has kept him grounded the whole time. He hasn’t let it go to his head. And that’s made his work ethic unbelievable. I told him before a game this year, ‘don’t stop, keep working hard.’ And he said, ‘I won’t.'” 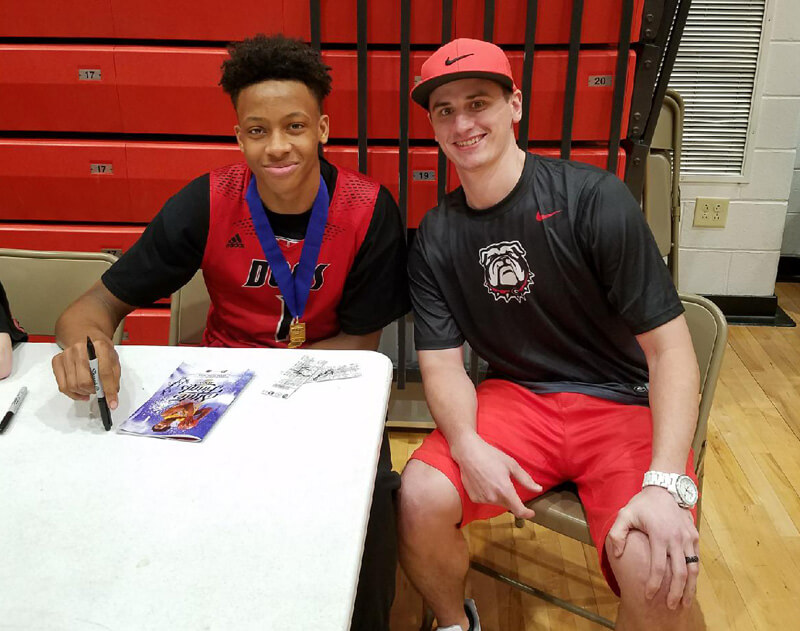 All photos courtesy of Adam Ruddell.