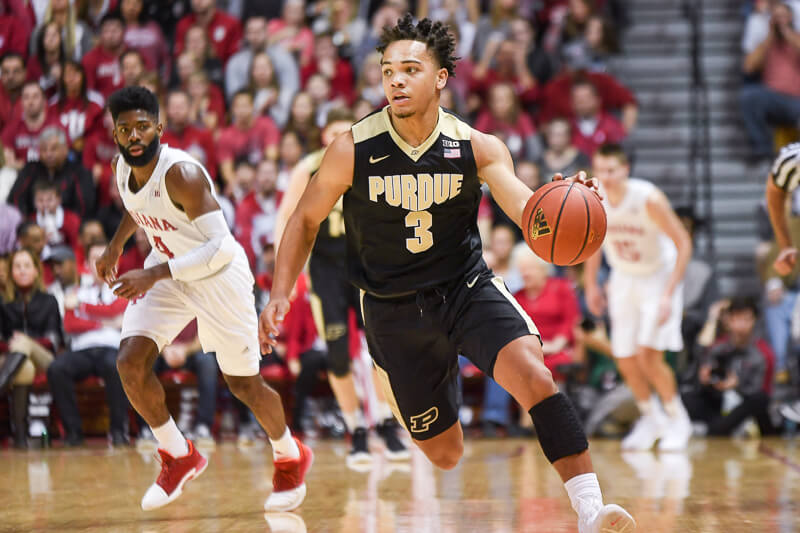 With the spring signing period underway and the deadline to declare for the 2018 NBA draft rapidly approaching, it’s time for our first look at who’s coming and going in the Big Ten for the 2018-2019 season.

(Editor’s note: This is the first post in a series that will be updated multiple times in the coming months. In most instances, only scholarship players are included. If we missed anything, please email corrections to [email protected] or post in the comments.)

Notes: After a rough first season for Brad Underwood, the Illini roster has undergone a makeover. Black is leaving with a year of eligibility left and three other players transferred.

Notes: The wildcard for Indiana’s roster next season is Romeo Langford, who will announce his college decision in two weeks. The Hoosiers are one of three finalists for Langford along with Kansas and Vanderbilt.

Notes: Moss briefly tested the NBA draft process, but is returning to Iowa City. Cook still has his name still entered into the draft and his departure would be a huge blow to the Hawkeyes. As of right now, Iowa has one open scholarship for next season, assuming Cook comes back to school.

Notes: The Fernando decision looms large as the Terps would get a huge boost if he returns to College Park for his sophomore season. With two scholarships currently available, look for Maryland to be active on the graduate transfer market.

Notes: Matthews is a possibility to leave school early, but has yet to announce his intentions. Regardless of his decision, Michigan loses a ton of production from its national runner-up team.

Notes: The Ward decision looms large for Michigan State as the Spartans could be very good again next season if he returns. If he leaves, the Spartans will be very young up front.

Notes: The Gophers have three open scholarships after Fitzgerald and Harris both announced their intentions to transfer. The key for Minnesota next season is getting Coffey healthy.

Notes: The Huskers lost assistant coach Kenya Hunter to UConn and as a result, lost 3-star signee Xavier Johnson. Copeland and Palmer Jr. have their names in the NBA draft, but are expected to return to school.

Notes: Replacing McIntosh and Lindsey will be tough for the Wildcats after a disappointing 2017-2018 campaign. Taylor should help fill some of the scoring void.

Notes: On paper, the Buckeyes look like they’ll take a step backward. The league’s player of the year, Bates-Diop, is gone along with two other starters in Tate and Williams. Will Chris Holtmann have another trick up his sleeve in his second season in Columbus?

Notes: The Nittany Lions could have been a Big Ten contender with Carr, but he opted for the NBA after a run to the NIT championship. Is there pressure on Pat Chambers to reach the NCAA tournament in season eight in State College?

Notes: The Boilermakers lose four starters and still have the NBA decision of Edwards outstanding. The addition of Boudreaux should be helpful, but Purdue will be a much different team next winter.

Notes: Steve Pikiell is still trying to get Rutgers out of the Big Ten cellar and next season will bring its share of challenges after the loss of Sanders.

Notes: Assuming Happ returns after testing the NBA draft waters, the Badgers should be back in the thick of things in the Big Ten.