Juwan Morgan declares for NBA draft, will not hire an agent 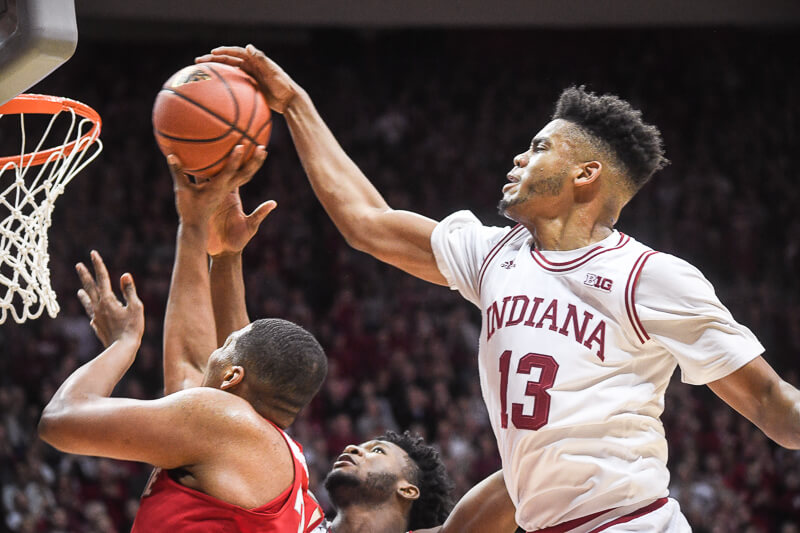 Indiana junior forward Juwan Morgan will enter his name into the NBA draft, but will not hire an agent.

Entering the draft without hiring an agent will allow Morgan to have the opportunity to be invited to next month’s draft combine and also work out for NBA teams while retaining his eligibility for next season.

“I want to gather as much information as possible and see what opportunities may be out there,” said Morgan in a statement. “It has always been a goal of mine to play basketball at the highest level and this is the first step. It’s important to get an honest evaluation and that is what I am looking for.”

Morgan, who averaged 16.5 points and 7.4 rebounds per game for Indiana last season, is not listed on any mock drafts or draft rankings as of Thursday afternoon.

The deadline to enter the draft is Sunday, April 22 and the NCAA deadline to withdraw is Wednesday, May 30.

The NBA draft combine will be held May 16-20 in Chicago.

“I think Juwan improved as much as any player in the country this past season,” Indiana coach Archie Miller said in a statement. “The rules are in place to allow an individual to get valuable feedback and we support Juwan in wanting to find out where he stands and learn what he needs to continue to work on in the eyes of key decision makers professionally.”

I just wanted to thank God first for giving me this opportunity and with that I’m excited to announce I will be putting my name in the 2018 NBA Draft. I won’t hire an agent but look forward to this opportunity to do what’s best for me #Android13 pic.twitter.com/EG0mrq3Ivc