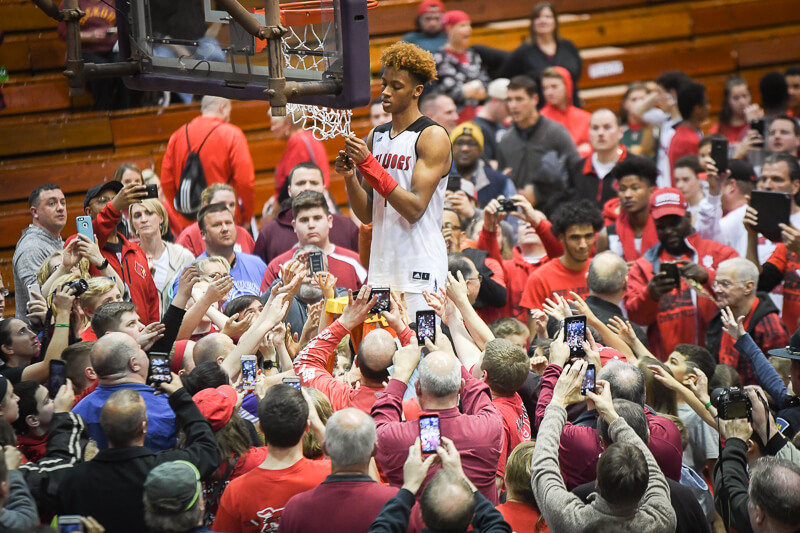 Class of 2018 New Albany guard Romeo Langford is playing in the Jordan Brand Classic on Sunday at the Barclays Center in Brooklyn and on Saturday, the five-star prospect gave a few notable updates on his recruitment.

First, according to Chris Johnson of Sports Illustrated, Langford said he does not plan to make any additional visits before announcing his decision:

Langford said he won’t take any trips to schools before the big reveal, and when asked about the possibility of in-home visits, he indicated he’s already heard what he needs to know, but that he’s in contact with the coaches of his finalists on a daily basis.

Langford’s father, Tim, said in recent weeks that Indiana would get a visit sometime in April. But a busy spring schedule might have had a part in Langford opting against taking additional visits.

After the Jordan Brand Classic, Langford will play in the Nike Hoop Summit next Friday, April 13 at the Moda Center in Portland. The first of two April evaluation periods for college coaches begins on Friday, April 20.

In addition to Langford stating that he will not take additional visits, Johnson and Adam Zagoria of FloHoops both reported that his announcement could come in the gym at New Albany:

Langford plans to sit down with his family at some point in the near future, after participating in the Nike Hoop Summit on April 13, to make his decision. “I’m at the home stretch now,” said Langford, who noted the possibility that the announcement could take place in the gymnasium at New Albany High. “I’ve just got to make a decision,” Langford said.

??UPDATED?? 100% Proof #romeolangford ( @yeahyeah_22 ) is the #1 player in the Nation and top 3 HS player EVER.. @JordanClassic practice clips | Give him the ball good things will come pic.twitter.com/ivf22XZu0x