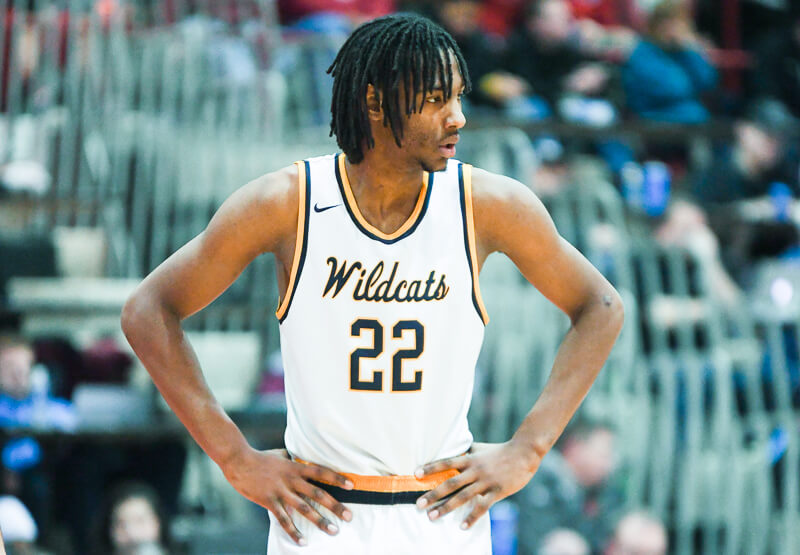 All nine of the points for the Riley senior came in the first half, with three of his four field goals coming inside the three-point line.

Anderson’s strong play was a main reason North controlled the first half, as they went into the break with a 71-54 advantage.

Anderson was on the bench for the early portion of the final frame. By the time Anderson re-entered, North’s lead had been trimmed to five. Anderson went scoreless in the second half but was engaged on the defensive end, recording a block and a steal and pressuring inbounds passes.

“I wasn’t really trying to score. I’ve been lifting a little bit so my arm is not really there yet,” Anderson said after the game. “I’ve got to put up more shots. Ain’t no excuse, I’m just working on little things out there. Nothing major.”

Postgame, Anderson spoke about his performance, his future at Indiana, Romeo Langford, his game and more: