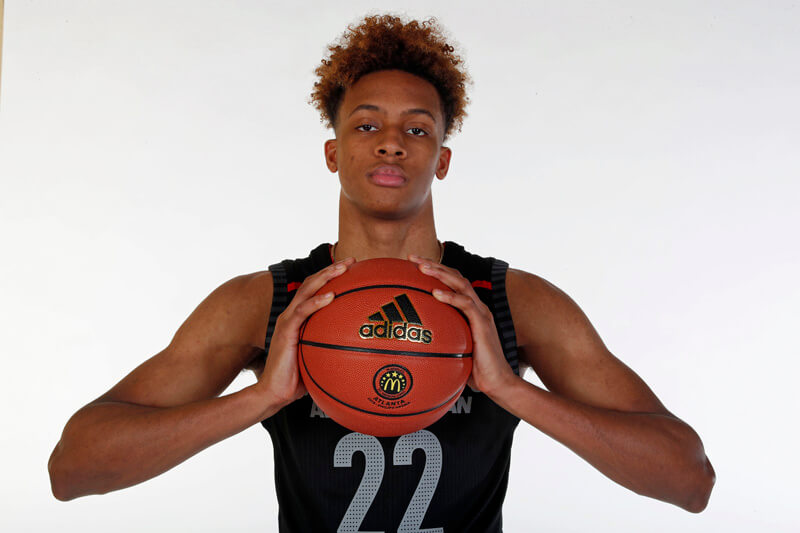 After reports on Tuesday that Louisville had reached out after its coaching change, class of 2018 New Albany five-star guard Romeo Langford is sticking with his three finalists and will not consider any additional schools in his recruitment.

Langford’s father, Tim, told Paul Biancardi of ESPN.com that his son is not considering Louisville.

Tim Langford also confirmed to Inside the Hall via text message that Romeo’s list will remain at three.

The No. 5 player nationally according to the 247Composite, Langford’s finalists are Indiana, Kansas and Vanderbilt.

The fourth all-time leading scorer in the state, Langford led New Albany to a Class 4A state championship as a sophomore in 2016 and also led the Bulldogs to four sectional titles and two regional titles. He finished his decorated prep career with 3,002 career points.

Langford has a busy couple of weeks coming up as he’ll play in the McDonald’s All-American Game tonight in Atlanta and then the Jordan Brand Classic in Brooklyn on April 8. Langford will also play for the United States team in the Nike Hoop Summit on April 13 in Portland.

Because of the crowded schedule and his plan to visit Bloomington again before making his college choice, Langford is not planning to announce his decision until later in April.