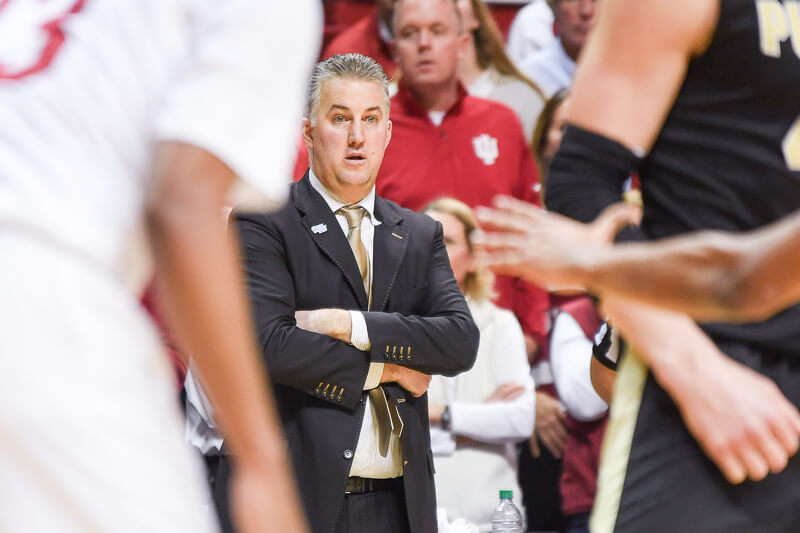 After a crazy weekend, the Big Ten is down to just two teams in the 2018 NCAA tournament.

Michigan State, the No. 3 seed in the midwest, couldn’t figure out the Syracuse 2-3 zone and fell 55-53 to the Orange on Sunday in Detroit.

Ohio State, the No. 5 seed in the west, had its chances late but fell 90-84 on Saturday to Gonzaga in Boise, Idaho.

The two remaining Big Ten teams – Michigan and Purdue – played for the conference tournament championship earlier this month in New York City. Here’s a look at the matchups for both teams and their path to reaching the Final Four.

The Wolverines are the highest seeded team left in the west region as top-seeded Xavier fell to Florida State on Sunday and defending national champion North Carolina was blown out by Texas A&M on Sunday.

While UMBC’s upset over Virginia was the story that most will remember from the weekend, Michigan’s buzzer-beater to beat Houston was also a signature moment.

MICHIGAN WINS IT AT THE BUZZER!!!! ???#MarchMadness pic.twitter.com/COR9MEjX59

The Wolverines, winners of 11 straight games, are red hot going into Thursday’s game against Texas A&M. Michigan came into last season’s Sweet Sixteen game against Oregon on a hot streak, but was simply beaten by a better team. This season, Michigan enters the West region semifinal as the favorite and is actually the highest seeded team left in the South and West regions.

Texas A&M has top 15 talent, but the Aggies have been inconsistent for a majority of the season. Texas A&M had lost four of seven entering the NCAA tournament before beating Providence 73-69 on Friday and then crushing North Carolina 86-65 on Sunday in Charlotte.

Will Michigan have an answer inside for Tyler Davis and Robert Williams? It’s a question the Wolverines must answer. Davis and Williams are capable of taking over a game in the paint and on the glass.

The Boilermakers lost Isaac Haas to a fractured elbow in their comfortable tournament opening win over Cal State Fullerton and then held off Butler, 72-69, to advance to the East region semifinal.

The East is actually the bracket that is the most intact after the opening weekend as top-seeded Villanova, No. 5 seed West Virginia and No. 3 seed Texas Tech will join the Boilermakers in Boston.

Texas Tech is an elite team defensively, but the loss of Haas might not be a huge issue against the Red Raiders. Chris Beard’s club isn’t great in the post as all of Tech’s go-to-guys play on the wing and perimeter.

The problem moving forward for Purdue is that the Boilermakers have lost an efficient scoring threat with Haas out and now face serious depth issues up front. Purdue simply cannot afford for Matt Haarms to get into foul trouble. Haarms played 29 minutes in the Butler win and only committed two fouls and the Boilermakers are going to need a similar performance if they hope to advance to the Elite Eight.