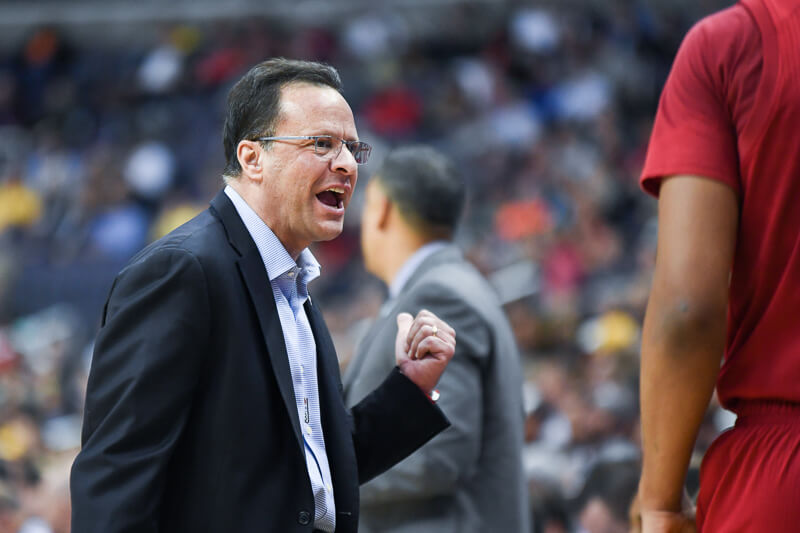 As first reported by Adrian Wojnarowski of ESPN, Crean finalized a deal to become the next head coach at the University of Georgia on Tuesday.

“I am honored an humbled to join the University of Georgia family,” Crean said in a release issued by Georgia. “I am sincerely grateful to President Morehead and Greg McGarity for an incredible opportunity. Make no mistake, this is a basketball program inside of a great university that can compete for championships doing it the right way.

“We will work diligently and with great energy to make everyone associated with the University of Georgia very proud of our efforts. We’re going to need everyone in the Bulldog Nation to help us to create the energy and excitement that will take Georgia to the highest levels of success.”

The deal is for six years and will pay Crean $3.2 million annually, according to Marc Weiszer of the Athens Banner-Herald.

Crean, who went 166-135 over nine seasons in Bloomington, was fired last March. He spent this season working as a studio and game analyst for ESPN.

Georgia reportedly offered its job to former Ohio State coach Thad Matta earlier in the week, but Matta turned down the position. The Bulldogs acted quickly to hire Crean, who has a career record of 356-231.

Crean’s hiring at Georgia means that Indiana’s financial responsibility to pay the remainder of his contract buyout is likely complete.

According to Crean’s employment contract at Indiana, if he obtains a comparable position, the University’s obligation to pay him is offset and reduced dollar-for-dollar based on the compensation received at his new position.

Georgia finished this past season 18-15 overall and 7-11 in the Southeastern Conference. The Bulldogs have not been to the NCAA tournament since 2015.