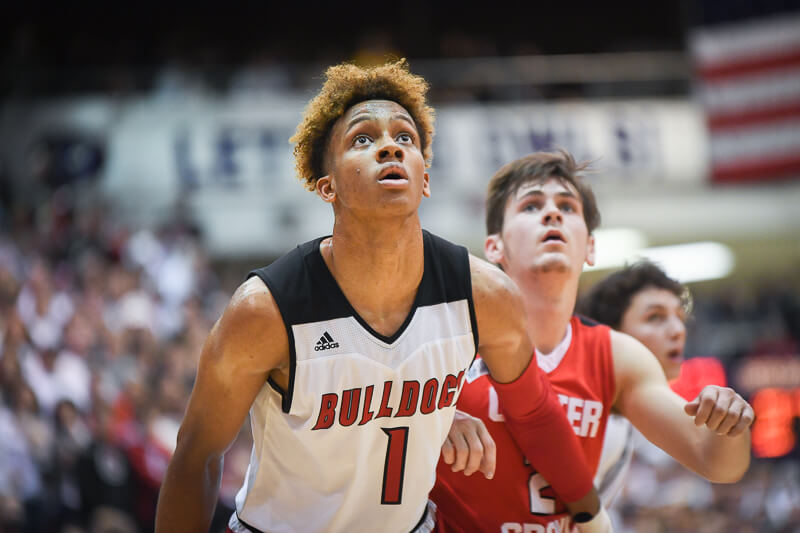 Fans of the three programs still under consideration by class of 2018 New Albany five-star guard Romeo Langford will have to wait until next month for his college decision.

Langford’s father, Tim, told Inside the Hall on Monday evening that his son will choose between his three finalists – Indiana, Kansas and Vanderbilt – in April.

Langford, who took official visits to all three of his finalists, has a busy couple of weeks coming up. New Albany will resume play in the IHSAA Class 4A state tournament on Saturday at Seymour as the Bulldogs take on unbeaten Warren Central at 3 p.m. ET.

If New Albany advances, it would play in the Class 4A state championship game on Saturday, March 24 at Bankers Life Fieldhouse in Indianapolis.

Langford has also been selected to participate in the McDonald’s All-American Game on Wednesday, March 28 in Atlanta and the Jordan Brand Classic in New York City on Sunday, April 8. Both events will be nationally televised.

Tim Langford originally mentioned the McDonald’s All-American Game as a potential time for Romeo to announce a decision, but that is no longer the case.

The Langford’s have said previously that they plan to take another visit to Bloomington before announcing a decision.