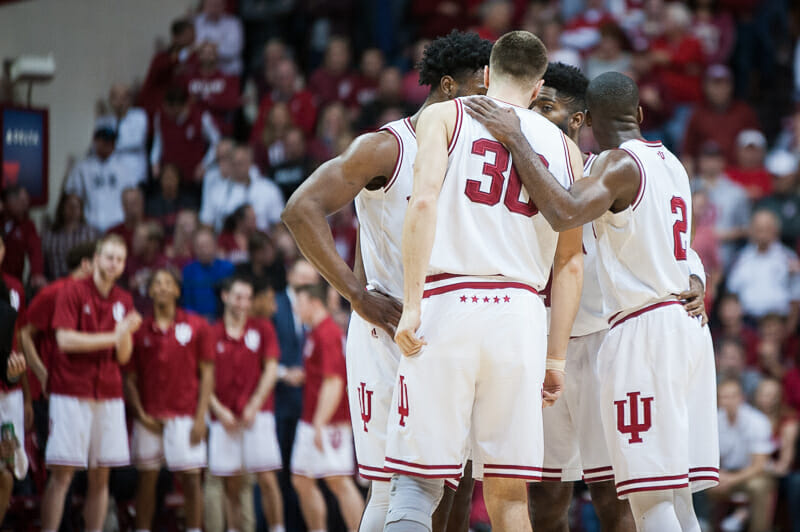 The Big Ten regular season schedule is complete and Indiana is the No. 6 seed in this year’s conference tournament at Madison Square Garden in New York City.

Indiana finished in a tie with Penn State for sixth place in the conference standings, but won the tiebreaker because of its regular season win over the Nittany Lions at Simon Skjodt Assembly Hall on Jan. 9.

The Hoosiers will open the Big Ten tournament on Thursday, March 1 at 9 p.m. ET on BTN against the winner of Wednesday’s game between No. 11 seed Minnesota and No. 14 seed Rutgers. Indiana swept its regular season series against Minnesota and beat Rutgers in Piscataway.

The Indiana-Minnesota/Rutgers winner will face No. 3 seed Purdue in the tournament quarterfinals on Friday, March 2 at 9 p.m. ET on BTN.

The complete 2018 Big Ten tournament bracket is available below: 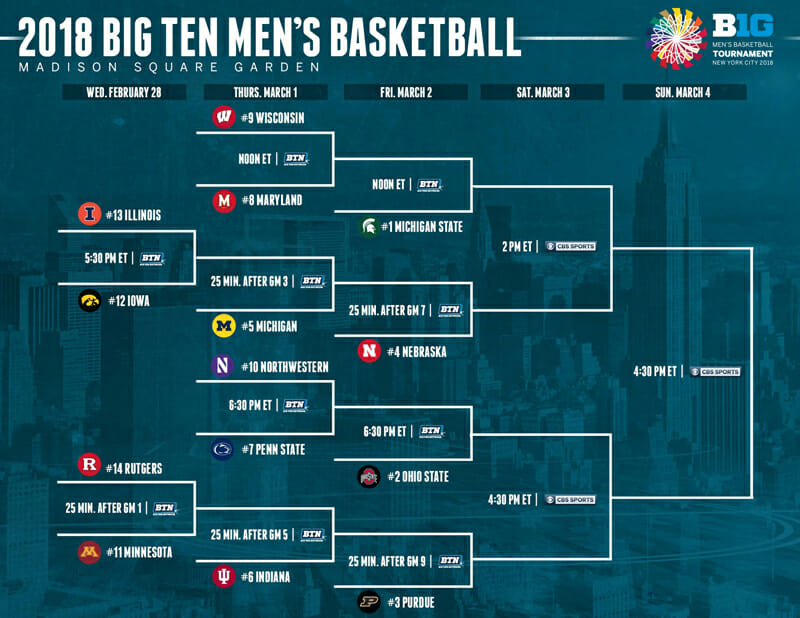