What to watch for: Ohio State 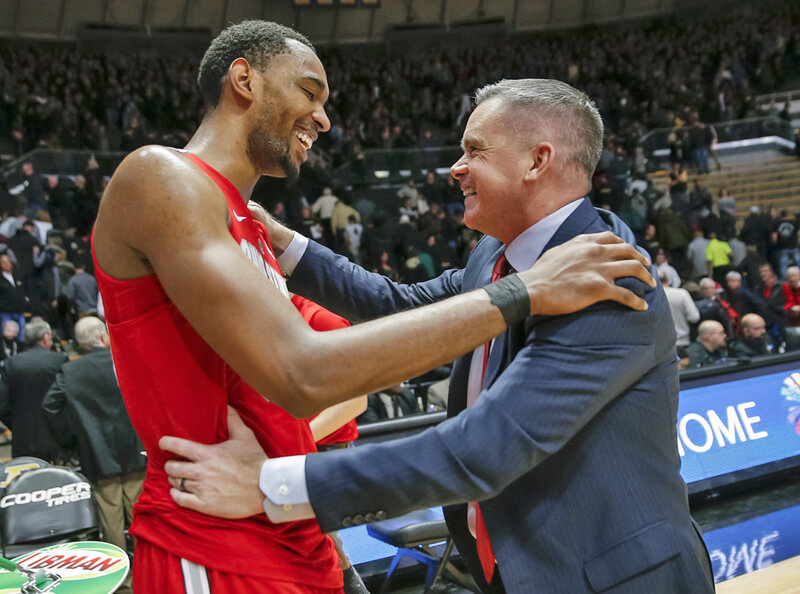 Indiana’s second matchup this season against Ohio State tips on Friday at Simon Skjodt Assembly Hall and we’re taking a look at three things to watch for in the rematch in lieu of our traditional game preview.

The matchup with the Buckeyes will be broadcast on FS1 at 8 p.m. ET with Aaron Goldsmith and Len Elmore on the call:

· Senior night always produces a special atmosphere: Senior night is always a special occasion at Simon Skjodt Assembly Hall and this year should be no different as the program honors five outgoing players.

Hartman will be going through the festivities for a second time as he was also honored following last season’s win over Northwestern. Hartman also proposed to his longtime girlfriend, Hayley, during his speech last season.

Given the wide ranging personalities of this year’s senior classes, the speeches should be as entertaining. McSwain has been frequently mentioned as the team’s funniest player and Priller has long been a fan favorite of the Indiana faithful.

· Can the Hoosiers slow down Keita-Bates Diop? Keita Bates-Diop looked like a lock for the Big Ten player of the year award a few weeks ago, but the redshirt junior has hit a wall over his last three games.

Given the recent slide by Bates-Diop and Michigan State’s surge to the Big Ten title, the conference player of the year voting could be a lot more interesting than originally thought.

The 6-foot-7 forward is averaging just 11 points and 6.7 rebounds over his last three contests. Bates-Diop has eight turnovers in that span and is shooting just 30.7 percent from the field.

Bates-Diop was terrific in the first matchup between the two teams back on Jan. 30 as he finished with 13 points, 13 rebounds and five assists in 32 minutes.

If Indiana is going to claim its second win over a ranked opponent this season, keeping Bates-Diop mired in his current slump is a major key.

How can the Hoosiers move up? Either with a win over Ohio State on Friday or a Penn State loss at Nebraska on Sunday.

If IU beats Ohio State and Purdue wins out, the Buckeyes will be the No. 3 seed. Purdue’s remaining games are tonight at Illinois and at home against Minnesota on Sunday.

That scenario could set up a rematch between the Hoosiers and Buckeyes in the quarterfinals of the Big Ten tournament if Indiana can win its Thursday matchup.

You can simulate all of the potential seeding scenarios here.