What to watch for: Illinois 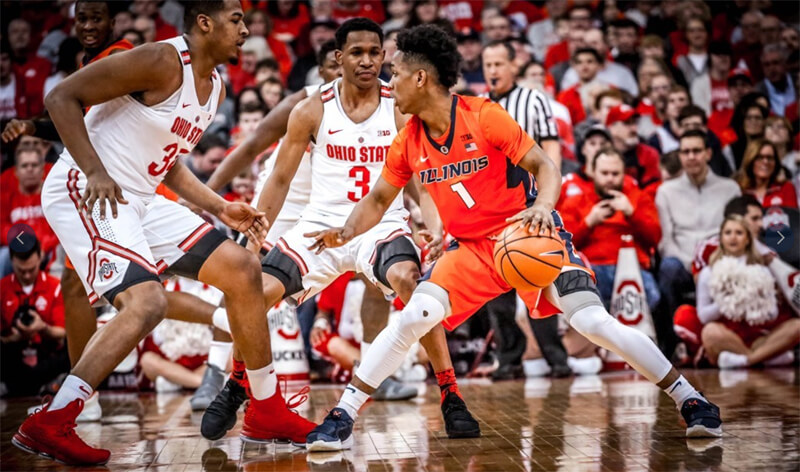 Indiana’s second matchup this season against Illinois tips later today and we’re taking a look at three things to watch for in the rematch in lieu of our traditional game preview.

The matchup with the Fighting Illini will be broadcast on BTN at 8:30 p.m. ET with Cory Provus and Shon Morris on the call:

· Can Indiana handle the Illinois pressure? One of the major themes in Indiana’s 73-71 loss to Illinois on Jan. 24 in Champaign was its inability to take care of the ball.

Illinois forced a turnover on 25 percent of Indiana’s possessions, the worst performance to-date for the Hoosiers in league play. Illinois turned 18 Indiana turnovers into 22 points.

While Illinois does do a better job than any other Big Ten team in terms of forcing turnovers (23.2 percent), the Fighting Illini still have one of the league’s worst defenses.

Big Ten opponents are shooting 60 percent on 2s against Illinois in conference play and the Illini are also the most foul prone team in the league. Indiana should have a decided advantage by getting the ball inside, but the Hoosiers have to avoid the turnover issues that plagued them at the State Farm Center.

· Free throws will loom large: Indiana had no problem getting to the line in Champaign, but knocking down free throws was a major problem.

The Hoosiers had a ridiculous 65.9 percent free throw rate (FTA/FGA) in the first meeting, but missed 13 free throws in the loss.

Unfortunately for Indiana, free throw shooting has been an area of regression rather than improvement. Through 14 Big Ten games, the Hoosiers are shooting a league worst 63.2 percent from the line. And when you take the entire season into account, Indiana is just 336th nationally in free throw percentage (64.8).

If the game is close late, keeping the ball in the hands of its strongest free throw shooters (Robert Johnson, Devonte Green and Josh Newkirk) will be crucial for the Hoosiers.

· How will Illinois respond following a drubbing against Penn State? After picking up home wins over Indiana and Rutgers, Illinois has dropped three straight.

The most recent setback was arguably the most demoralizing of the season as Penn State drubbed the Illini by 22 at the State Farm Center.

With a 12-14 record and little to play for besides pride, how will Illinois respond from their most recent loss?

The Illini, who are 0-7 in true road games this season, need strong performances out of Trent Frazier and Leron Black to win games. Frazier, who had 19 points in the first meeting in late January, is coming off one of his worst performance of the season. The freshman guard scored just six points on 2-of-11 shooting in the loss to the Fighting Illini. It was the first time since Jan. 6 that he didn’t score in double figures.