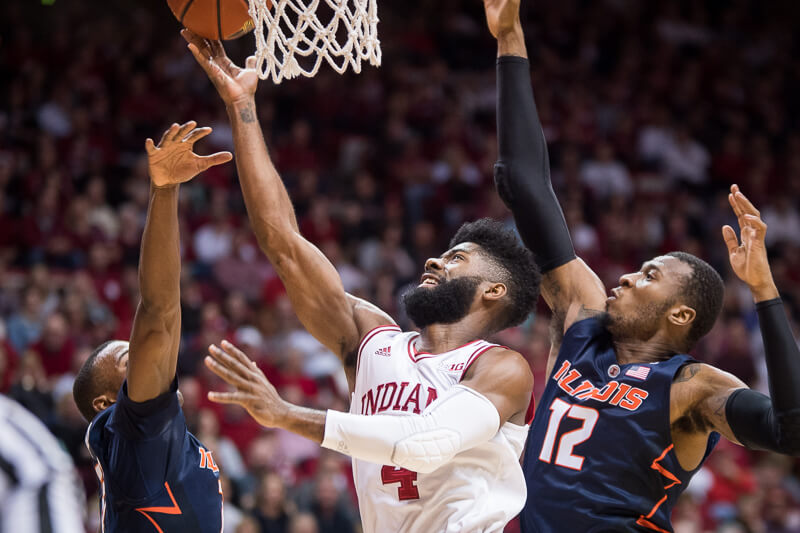 Quick thoughts on a 78-68 win over Illinois:

How it happened: This one was ugly. Indiana started out slow as Illinois was the aggressor early and led 5-0 in the game’s opening minutes. The Hoosiers looked like they would take control with a 14-0 run that opened up a 26-14 lead, but the Illini stayed within striking distance at the half. On the strength of strong shooting (61 eFG%), Indiana led 35-25 at intermission. But just like the first meeting in Champaign, Illinois had an answer to start the second half. The Illini drew within two at 51-49 with 12:26 remaining as Assembly Hall grew restless. But Indiana had an answer of its own. Over the next five minutes, Indiana went on a 14-6 run to grab a 65-56 lead. Illinois didn’t get closer than seven the rest of the way.

Standout performer: It was another day at the office for Juwan Morgan, who logged his eighth double-double of the season. Morgan finished with 14 points, 10 rebounds, five blocks, four steals and three assists in 37 minutes.

Statistic that stands out: Indiana’s bench came up big with 38 of the team’s 78 points. Al Durham (14 points), Josh Newkirk (11 points) and Justin Smith (13 points) finished the evening in double figures. 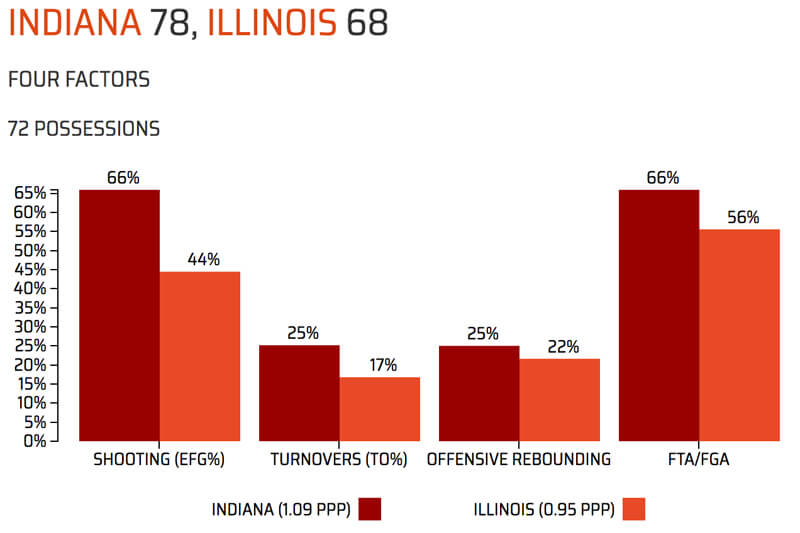