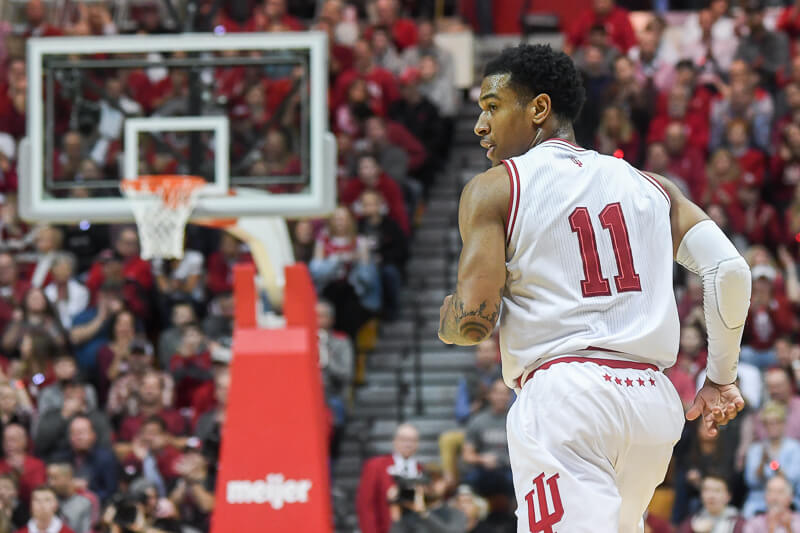 Quick thoughts on an 80-56 win over Minnesota:

How it happened: This one was close for about 16 minutes. Minnesota looked as though it might give Indiana a game as the Gophers drew within three at 27-24 with 4:20 to play in the first half. But Indiana quickly stretched the lead out to 13 and eventually led by 10 at the half after some late half miscues gave Minnesota three made free throws in the final five seconds. But Indiana would quickly shut the door on the Gophers in the second half with a 6-0 run that stretched the lead to 16 at 45-29. The Hoosiers led by as many as 27 and cruised to their second straight win. The victory moved Indiana back to .500 in league play (7-7) with four regular season games to go.

Standout performer: Devonte Green shined in his second straight start as the sophomore scored 17 of his 19 points in the first half. Green added a career-high seven assists and four rebounds in 31 minutes. Juwan Morgan put together another strong performance with 19 points, nine rebounds and five assists in 30 minutes.

Statistic that stands out: With the exception of a few head scratching turnovers, Indiana’s offense operated at peak efficiency most of the night. The Hoosiers had 21 assists on 30 made field goals and scored 1.15 points per possession. 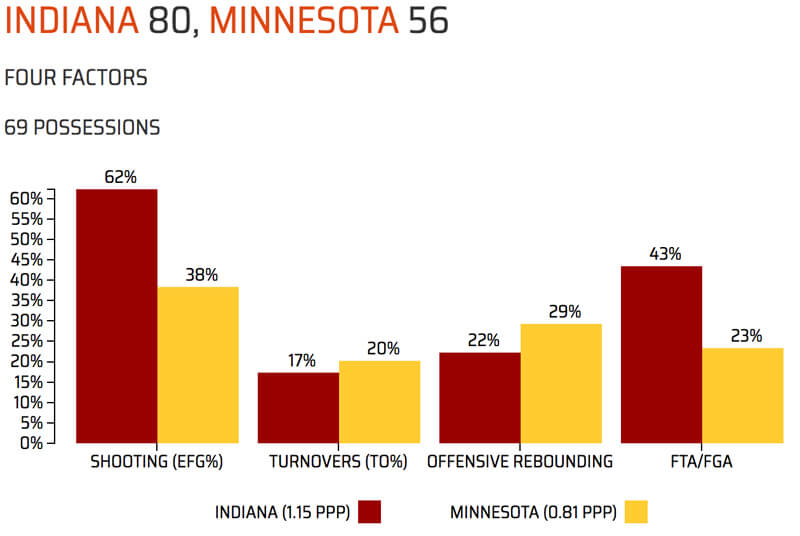