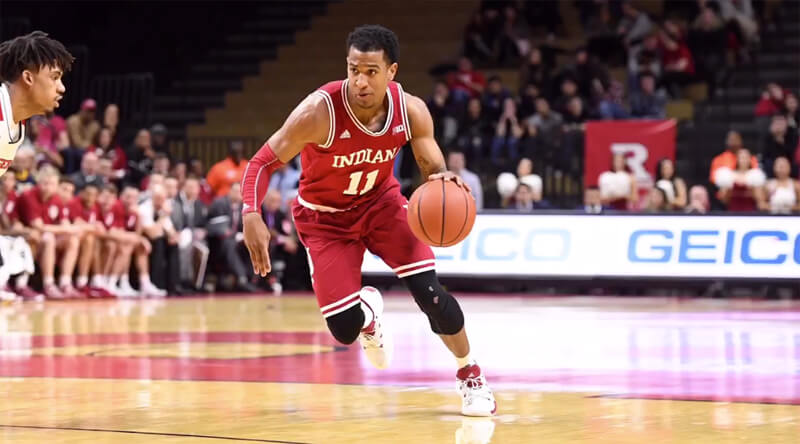 How it happened: After an incredible gauntlet of competition over the last two weeks, the schedule finally eased up for Indiana on Monday night in Piscataway. And the Hoosiers capitalized. Indiana picked up its second conference road win in a dominating performance at the Louis Brown Athletic Center, also known as the RAC. After a strong start, Indiana let Rutgers hang around late in the first half and went into the locker room with just a 10-point lead despite allowing just 16 points. But the Hoosiers found their footing offensively in the second half (1.15 points per possession) and pulled away for a comfortable win. It was Indiana’s best defensive performance of the season as the Scarlet Knights managed just .67 points per possession.

Standout performers: Juwan Morgan was once again dominant as he finished with a game-high 24 points and eight rebounds in 30 minutes. Robert Johnson also got things rolling from the perimeter (3-of-6) and poured in 19 points. Devonte Green, who replaced Josh Newkirk in the starting lineup, also deserves credit for holding Corey Sanders to just 1-of-11 shooting from the field.

Statistic that stands out: Indiana scored 17 points off of 12 turnovers by Rutgers. The Scarlet Knights managed just two points off of IU’s 13 turnovers. 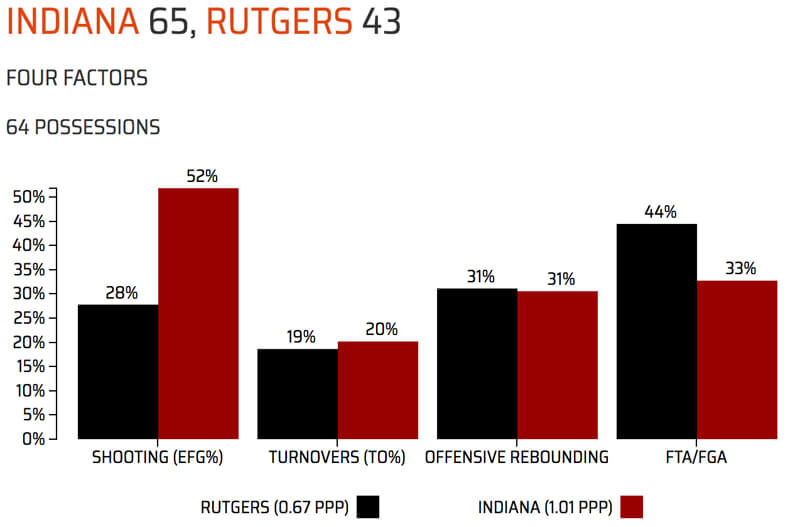