At the buzzer: Michigan State 63, Indiana 60 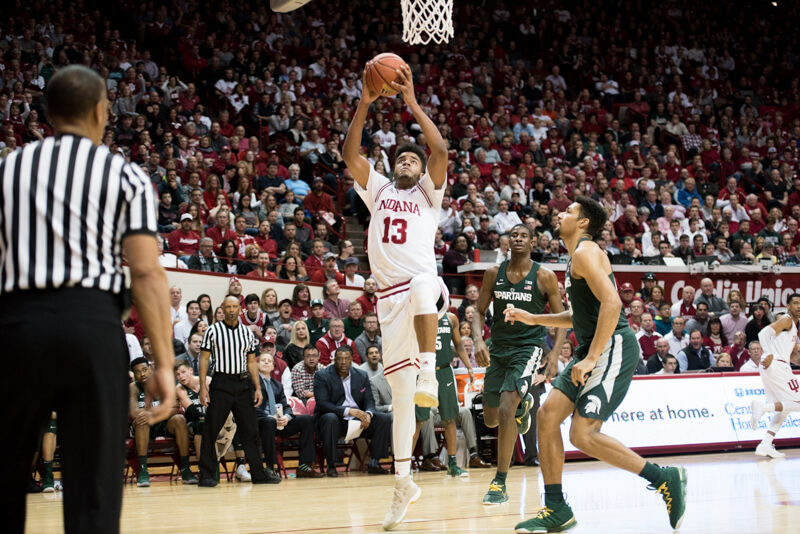 How it happened: Indiana battled another top five opponent on Saturday night on Branch McCracken Court. And once again, the Hoosiers came up short in a hard fought game. It looked as if the more talented Spartans would pull away midway through the second half. Michigan State opened at 10-point lead at 51-41 with 12:04 to play, but Indiana made it interesting down the stretch. The Hoosiers were down just one at 58-57 with just over two minutes to play with Freddie McSwain going to the line. But McSwain missed both free throws and Matt McQuaid splashed in a 3-pointer to give the Spartans a four-point lead. Indiana got no closer than three the rest of the way as a Devonte Green desperation heave at the buzzer rimmed off, handing the Hoosiers their fourth straight loss.

Standout performer: After scoring just two points in 16 minutes in IU’s loss to Michigan State in East Lansing, Juwan Morgan was much better in the rematch. Morgan had another double-double (23 points and 11 rebounds) in 35 minutes. 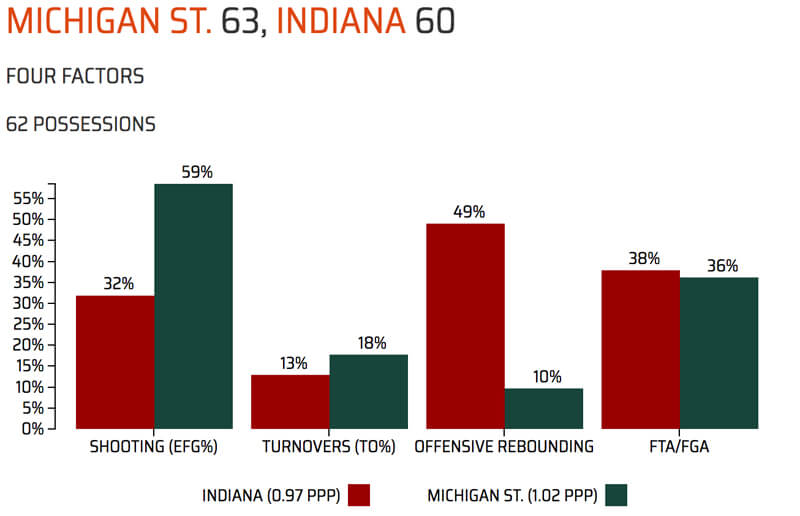