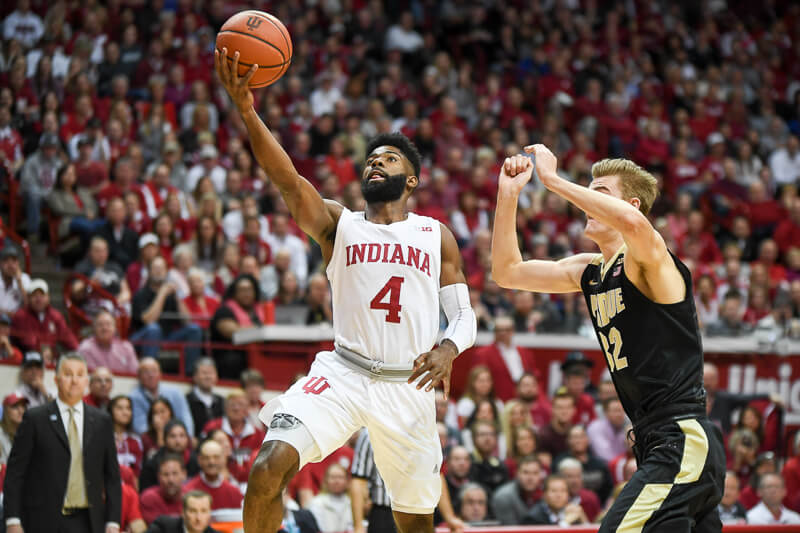 How it happened: In a lot of ways, Sunday’s matinee at Simon Skjodt Assembly Hall felt like IU’s late November matchup with Duke in the Big Ten-ACC Challenge. A pregame ceremony honoring former IU guard and current Indiana Pacers All-Star Victor Oladipo brought the crowd to its feet. And IU’s hot start gave the building an energy it hadn’t felt since the No. 1 Blue Devils came to town. The Hoosiers led by as many as 10 in the first half, but Purdue had the lead down to just two at the break as its senior dominated lineup wasn’t rattled. Purdue’s answer to start the second half was further proof that the Boilermakers wouldn’t go quietly. Purdue was the aggressor to start the second half and led 44-39 by the 16:13 mark. The Hoosiers battled back to claim a 53-48 lead at the 11:39 mark and from there, the lead would change several times before the closing minutes. Purdue, however, landed the game’s final punch as it stretched its lead to five multiple times to record its 17th straight win. Indiana simply had no answer for Isaac Haas, who scored 26 points in a career-high 30 minutes.

Standout performers: Robert Johnson and Juwan Morgan were both outstanding on an afternoon where IU desperately needed its best players to play well. Johnson hit several tough shots and was 8-of-16 from the floor for 21 points. And Morgan posted his third game this week with 20 or more points. The junior from Waynesville (Mo.) finished with 24 points on 10-of-18 shooting.

Statistic that stands out: Indiana once again struggled from the free throw line. The Hoosiers hit just 10-of-17 for 58.8 percent. 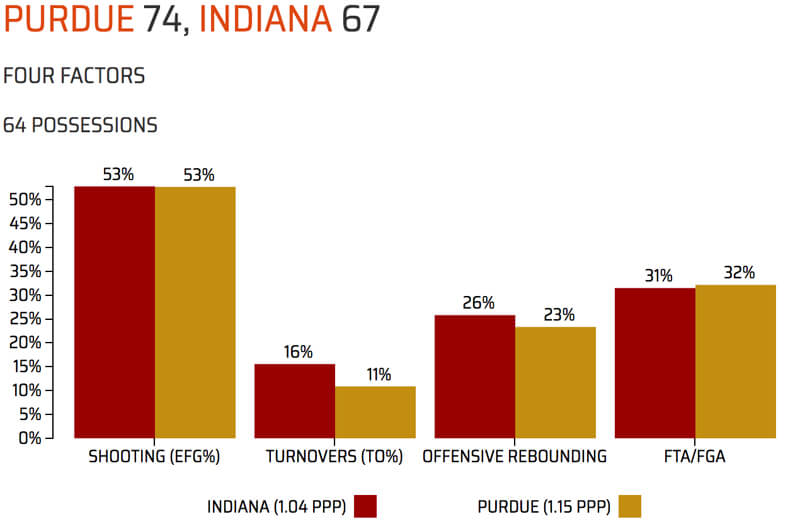