At the buzzer: Indiana 66, Northwestern 46 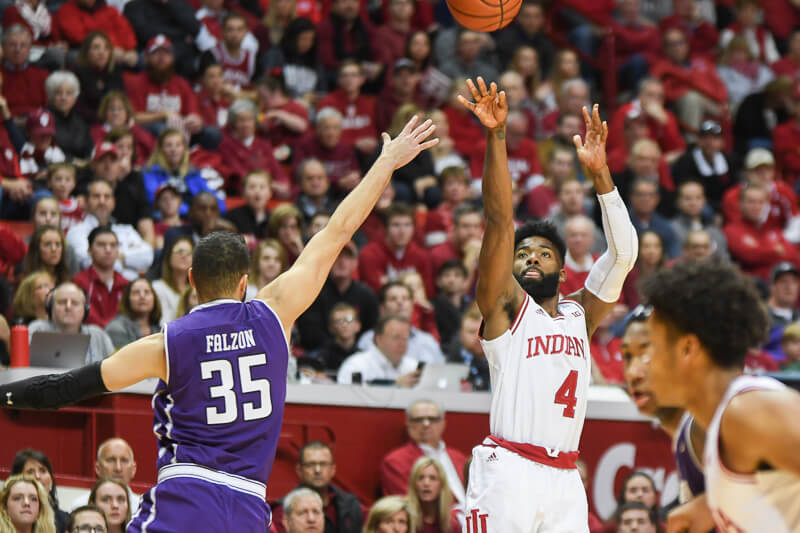 Quick thoughts on a 66-46 win over Northwestern:

How it happened: Things looked bleak early on for the Hoosiers on Branch McCracken Court. IU’s best player, Juwan Morgan, picked up two quick fouls in the game’s opening minutes. Zach McRoberts did as well. And at the first media timeout, it was a 3-3 tie as several recruits, including five-star guard Romeo Langford, looked on from behind the IU bench. But Indiana, despite no first half production from Morgan, still led by as many as nine before intermission and went into the locker room with a five-point cushion. How? Defense. Indiana held Northwestern to just 19 first half points and .57 points per possession. And when Morgan came onto the floor for the second half, the rout was on. The decisive blow was an 18-0 run that stretched the lead all the way to 27 as Josh Newkirk hit a 3-pointer with 10:07 to play. From there, Indiana cruised to its third straight win and fourth victory in league play.

Standout performer: Senior Robert Johnson had an excellent all around performance as he finished with a team-high 17 points and also added six rebounds and three assists in 36 minutes.

Statistic that stands out: Indiana held Northwestern to just .71 points per possession, a season-low for the Wildcats. 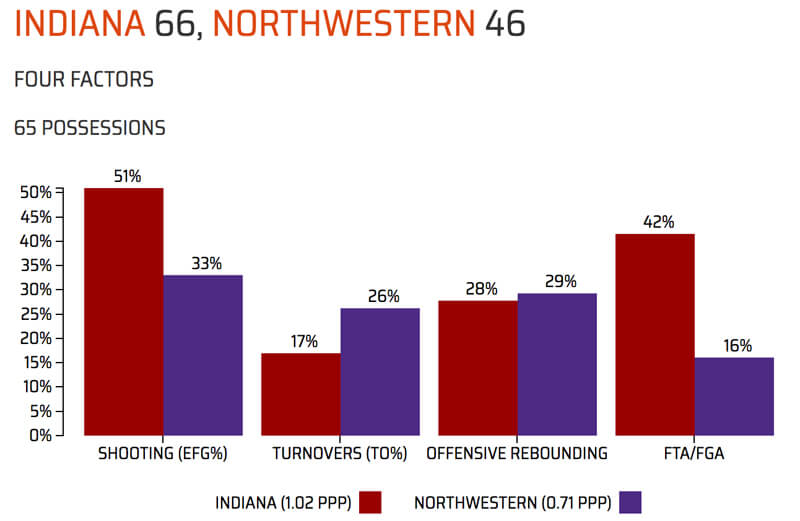