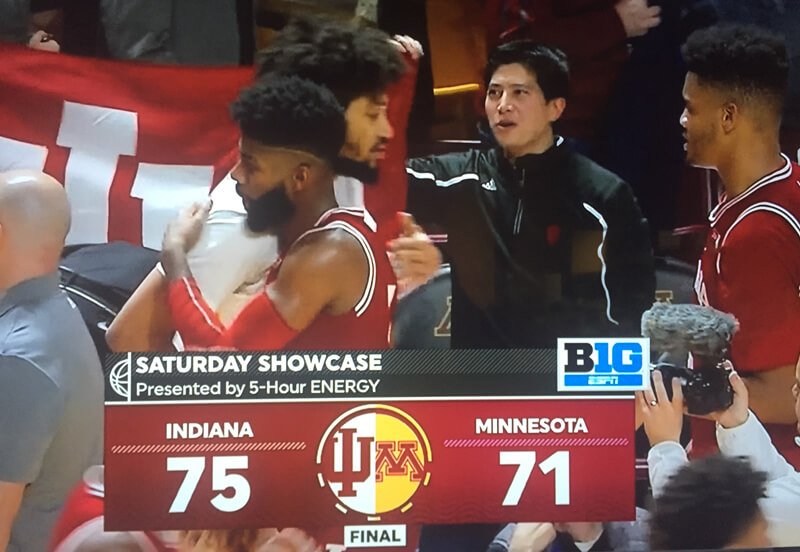 Quick thoughts on a 75-71 win over Minnesota:

How it happened: After Indiana didn’t score in the final 3:41 of the first half and a nine-point lead shrunk to one at the half, it was fair to wonder if the Hoosiers would have another performance like the one on Tuesday in Madison. But after failing to respond in the second half against Wisconsin, Indiana delivered a strong second half in Minneapolis. Even as the Gophers grew their lead to eight with about 15 minutes left, Indiana continued to make plays and chip away. And in the game’s closing minutes, the Hoosiers had a breakthrough. Justin Smith’s 3-pointer with 2:30 to play gave Indiana a 71-70 lead that it wouldn’t relinquish. And after some clutch free throws down the stretch from Robert Johnson and a few defensive stops, Indiana finished off its first road Big Ten win of the Archie Miller era.

Standout performers: Three Hoosiers finished with 20 or more points and each performance was crucial in the win. Johnson poured in a career-high 28 points and also added seven rebounds and seven assists in 38 minutes. Juwan Morgan had a double-double with 20 points and 12 rebounds. And Smith, who started for just the second time in his career, also had 20 points and hit seven of his 10 shot attempts.

Statistics that stands out: Indiana held Minnesota without a field goal for the final 3:35 and also held the Golden Gophers to under a point per possession for the game (.97 PPP). 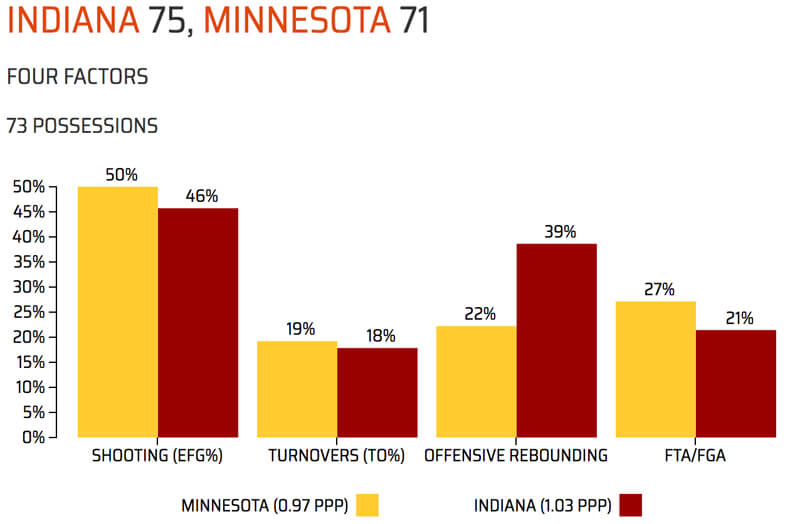