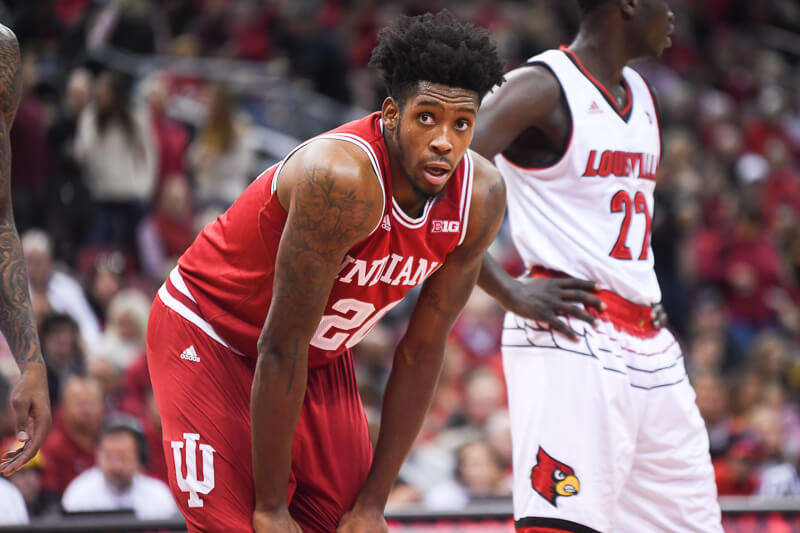 Indiana sophomore De’Ron Davis is out indefinitely after suffering a lower leg injury in practice on Thursday, Archie Miller announced on Friday afternoon.

“It was a non contact injury. He’ll be out indefinitely until we have just a very 100 percent clear indication of what that is,” Miller said on Friday afternoon. “Obviously we’re moving forward as a group, and as we head to Minnesota, we know we have a heck of a challenge.”

A four-star recruit out of high school, Davis signed with the Hoosiers in the fall of 2015 and averaged 5.9 points and 3.1 rebounds last season as a freshman.

Indiana travels to Minnesota on Saturday to play the Gophers at 5:15 p.m. ET on ESPN2.