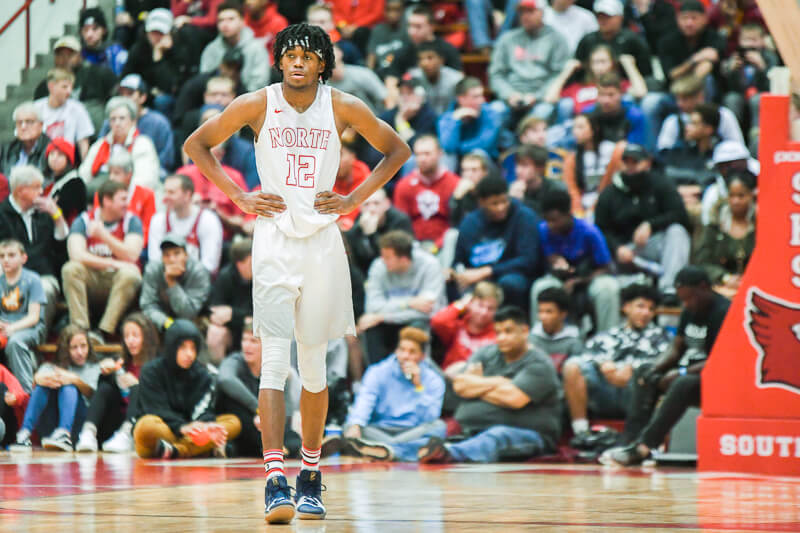 Robert Phinisee, McCutcheon: The future IU point guard continued his stellar play as he poured in 38 points in a 77-67 win at Indianapolis Tech on Dec. 28. Less than 24 hours later, Phinisee finished with 29 points in a 67-59 win over Bedford North Lawrence at North Central on Dec. 29.

Jerome Hunter, Pickerington North (Ohio): The four-star forward had 23 points, including five 3-pointers, in a 67-57 win at Toledo Rogers on Dec. 28.

Jake Forrester, Westtown School (Pa.): Forrester finished with a game-high 25 points and also added six blocks, five rebounds and two assists in a 72-68 win over Dillard in the Slam Dunk to the Beach tournament in Delaware on Dec. 28. He followed that up with 19 points, six rebounds and two blocks in a 74-62 win over Sidwell Friends on Dec. 29 in the same event. Forrester was named to the seven-man all tournament team.

Romeo Langford, New Albany: Langford (finger injury) did not play in New Albany’s 62-56 win at Evansville Central on Dec. 28. He is expected to play on Friday when New Albany hosts rival Jeffersonville.

Trayce Jackson-Davis, Center Grove: Jackson-Davis finished with 24 points, five rebounds and four assists in a 66-51 win at Greenwood on Dec. 29.